Ono Brewing delivers on its ‘tips to charities’ promise

WASHINGTON — Ono Brewing Co. in Chantilly, Virginia, marked its one-month anniversary by making good on its pledge to donate any tips its employees receive to a local charity, in this case, the CIA Memorial Foundation.

Owners Scott and Cyndi Hoffman said when they opened their business serving beers all brewed on premise that, since customers are serving themselves, tipping is optional and not expected.

They pay their employees what they call a competitive wage so they don’t rely on tips, but any tips received would be donated each month to a different local charity.

That added up to a check for $3,146.36 for the CIA Memorial Foundation from September’s gratuity bucket.

Ono Brewery, which has a self-serve tasting room with a wall of eight beers on tap, currently has eight full-time employees.

Scott served in the Army and was at Schofield Barracks in Hawaii. Cydni’s mother was born and raised in Hawaii. “Ono” means “delicious” in Hawaiian.

Ono has chosen the Step Sisters, a nonprofit whose mission is improving the quality of life for those impacted by breast cancer in Northern Virginia, for its October charity.

Ono Brewing’s tasting room is at 4520 Daly Drive in Chantilly, not far from the Smithsonian’s Udvar-Hazy Air and Space Museum. 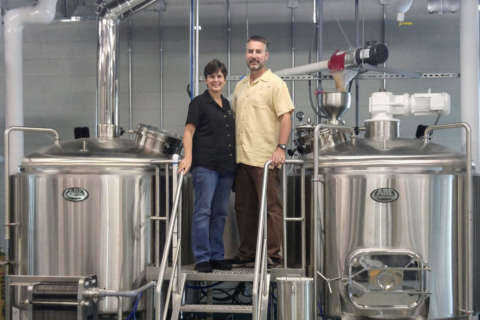 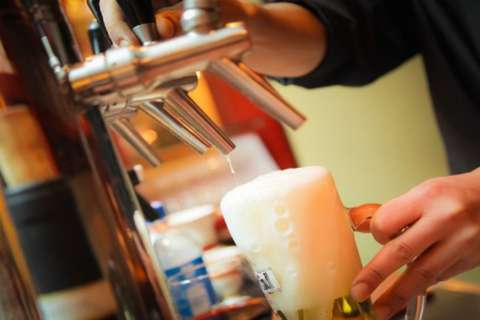 The big business of beer: $15B for regional economy 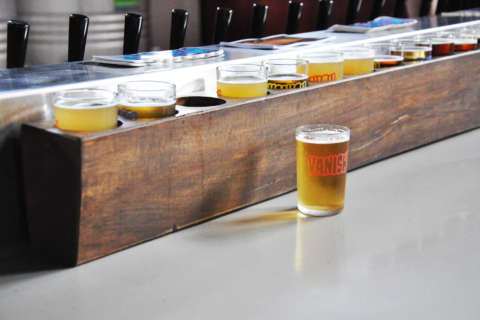