Looking for a pint or just a taste? At Ono Brewing Co. in Chantilly, Virginia, you get to decide exactly how much beer you get with its new automated self-serve system.
Listen now to WTOP News WTOP.com | Alexa | Google Home | WTOP App | 103.5 FM
(1/3) 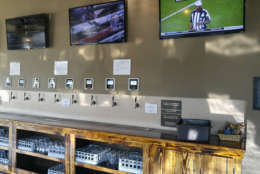 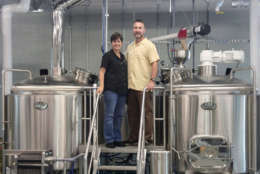 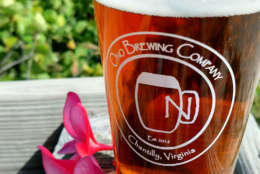 WASHINGTON — You’re the bartender at Northern Virginia’s newest craft brewery, and you decide if you want just a taste or a pint at Ono Brewing Co., which holds its grand opening Sept. 20 through Sept. 23.

“The first thing you do is check in and you’ll get an RFID card, you’ll walk over to the beer wall, and then you choose which beer you want to drink,” Scott Hoffman said.

“You’ll choose a glass size, either a taster or a pint glass, and then you’ll set your card up on the LCD screen, you’ll open the tap handle quickly and pour yourself an ice-cold beer.”

The automation eliminates a bit of payroll overhead, but Hoffman said that wasn’t the motivation.

Hoffman, a former engineer who can control much of the brewery’s brewing process with his phone, said the system gives the company instant feedback on what beers people are most liking.

“A lot of times you can make a judgment of gut feel, but we wanted to make that judgment off of data,” he said. “With this system, it gives us of that data that we can store and make good, sound decisions with.”

He also figures for customers, the self-serve concept is kind of fun.

Ono means “delicious” in Hawaiian. Hoffman and his wife Cindy spent time in Florida and Hawaii and wanted to bring some of that flip-flop tiki bar vibe to their brewery. That includes walls lined with beach pictures and Jimmy Buffet frequently playing on the sound system.

Scott served in the Army and was at Schofield Barracks in Hawaii. Cyndi’s mother was born and raised in Hawaii.

The 139-person tasting room also includes handcrafted wooden tables and bars made from recycled wood from 120-year-old homes torn down in the D.C. area.

Hoffman said his employees are paid a competitive wage and tips are not expected, largely because of the self-serve concept.

Any gratuity employees get is donated to a charity, currently the CIA Memorial Foundation.