Under Armour founder Kevin Plank's Sagamore Spirit rye whiskey will release its first batch May 13, with limited distribution in Maryland and the District.

WASHINGTON — Under Armour founder Kevin Plank’s Sagamore Spirit rye whiskey will release its first batch May 13, with limited distribution to restaurants, bars and liquor stores in Maryland and the District.

Sagamore Spirit Straight Rye Whiskey is being produced at a temporary facility in Baltimore while construction continues on its five-acre Port Covington whiskey distillery, tasting room and visitor center, expected to open late this year.

The Sagamore Spirit distillery expects to eventually attract more than 100,000 visitors a year.

“Before Prohibition, there were more than 40 distilleries in the state, so we have a great history for distilling rye whiskey, and Maryland was famous for making rye whiskey, so it was kind of a no-brainer for us.”

No matter the recipe, all booze is mostly water, and Sagamore Spirit contends the water it’s using is special.

“Our story is based off Sagamore Farm, a historic thoroughbred horse racing farm, and the farm is built on a shelf of limestone rock and limestone water that really makes for some of the best rye whiskey you can have,” Treacy told WTOP.

Sagamore Spirit trucks the water 22 miles from the farm to Port Covington. Eventually, a 120-foot water tower, visible from Interstate 95, will hold the spring water used in the proofing process.

Sagamore Spirit Straight Rye Whiskey is an 83-proof blend of a high rye and a low rye, barrel-aged for two years. 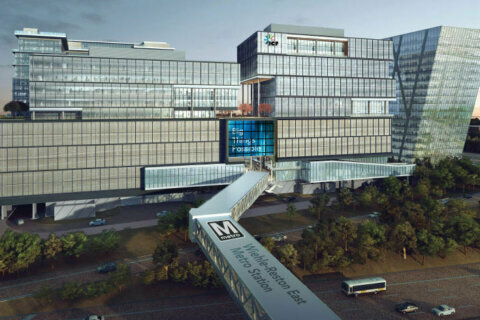 Reston Station gets a steakhouse 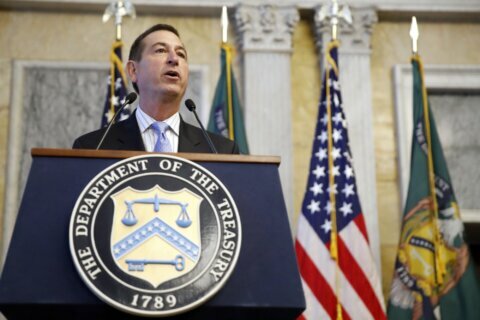