Ocean City is finding a new use for all those cigarette butts littering the ground. Dozens of metal boxes and tubes designated for the recyclable butts have been set up outside of restaurants, bars, condos and other shops in the beach town to create benches.
Listen now to WTOP News WTOP.com | Alexa | Google Home | WTOP App | 103.5 FM
(1/6) 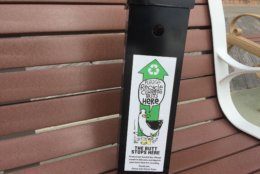 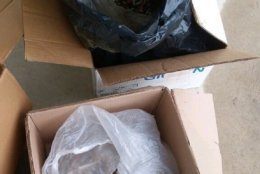 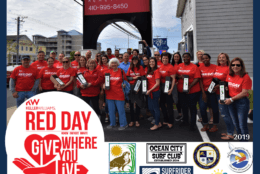 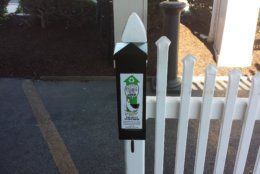 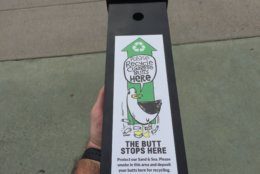 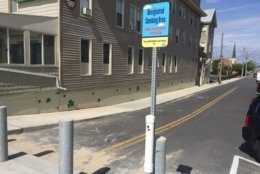 Smoking is banned on the beach in Maryland and Delaware. It’s also banned inside restaurants and bars at the beaches. But if you look around on the streets and sidewalks, or at the entrances to the beach, you’ll still see tons of cigarette butts.

It’s one of — if not the — leading pieces of litter collected off the street every year, and a big reason why smoking was eventually banned on the beaches. People didn’t want to stretch out on sand that was also used as an ashtray.

But now Ocean City is finding a new use for all that trash on the ground. It turns out cigarette butts are recyclable. And dozens of metal boxes and tubes have been set up outside of restaurants and bars, condos and other shops up and down Ocean City that are just for cigarette butts.

They’re dubbed “butt huts” by some, and they’re only about a foot tall and maybe 6 inches wide. The opening is small enough for the butts, but make it harder for other litter to get mixed in.

“We provide them to any business or organization that would like them as long as they commit to recycling their butts,” said Sandi Smith, a development and marketing coordinator for the Maryland Coastal Bays program, a nonprofit environmental group whose goal is protecting the inland bays along Maryland’s coast.

The butt huts, which is also called a “cigarette butler,” will be marked with signs next to them, since on their own they might not always stand out. Some of them do have fancier illustrations courtesy of a local artist who teamed up with the Coastal Bays program.

You might be asking “what do they do with cigarette butts,” Smith asked, rhetorically. “Well, they make benches out of them.”

See the benches made from recycled cigarette butts (PDF)

Each of those butt huts can hold about a thousand used up cigarette butts. Inside those filters is a piece of plastic that a New Jersey-based recycling company called TerraCycle, which specializes in reusing hard to recycle materials, then collects. They also build trash cans, Adirondack chairs, and even loading pallets out of the cigarette butts.

Smith said it takes some 60,000 recycled cigarette butts to make one bench.

“We always tell people, ‘If you want to see the impact of butts on a community, even in the city, next time you’re at a streetlight, just look down on the corner,” Smith said. “For some reason, it just seems like when you’re at the stoplight, that’s where you tend to flick your butt out the window.”

The businesses allowing the butt huts to be set up on their property really don’t have to do anything else aside from emptying them into a plastic bag that’ll get collected by someone else, who will then get them shipped up to New Jersey for recycling.

“We’re really encouraging people to use them,” Ocean City Mayor Rick Meehan said. “That’s a universal issue, and when you go out on the beach, it’s kind of disheartening as you put your feet or hands in the sand as you run across if you run across cigarette butts.”

“It’s an environmental concern,” he added. “They do not decompose.”

The Coastal Bays Program teamed up with the Town of Ocean City and the Ocean City chapter of the Surfrider Foundation to launch the program, using what’s essentially a grant from Keep America Beautiful, which helped provide the receptacles.

And while they’re not up yet, Smith said the Coastal Bays program has already ordered a couple of benches made from recycled cigarette butts to show off.

They’re scheduled to arrive sometime in July, which means this summer “when people are walking around,” said Smith, “you can put your butt on butts.”

Pun was most definitely intended. 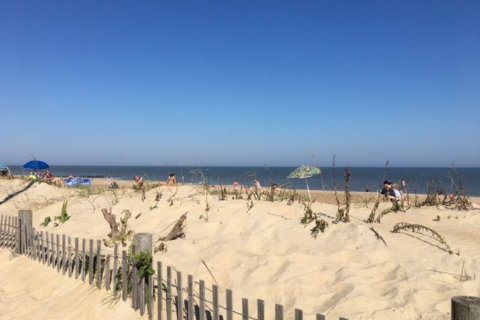 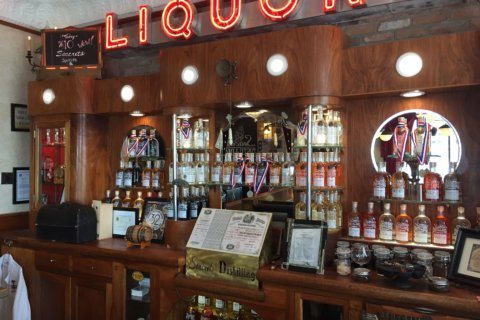 These boozy beach spots will help you chill out this summer 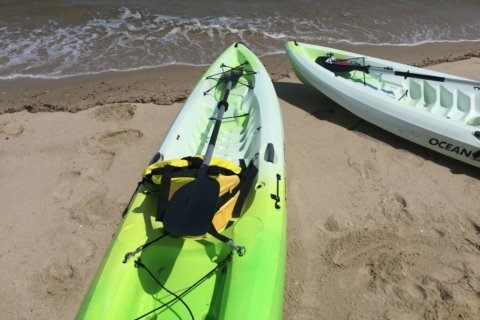 More than just sand and surf: Region’s beaches are home to wealth of outdoor adventures