WASHINGTON — New data from the Centers for Disease Control and Prevention find opioid prescriptions are down nationwide, but are still overprescribed.

Baltimore City Health Commissioner Leana Wen said it’s good news that opioid prescriptions are down in the State of Maryland from the high of 2010, but doctors are still too quick to prescribe opioid drugs. She said the over-prescription of the highly addictive drug continues to be a huge problem. 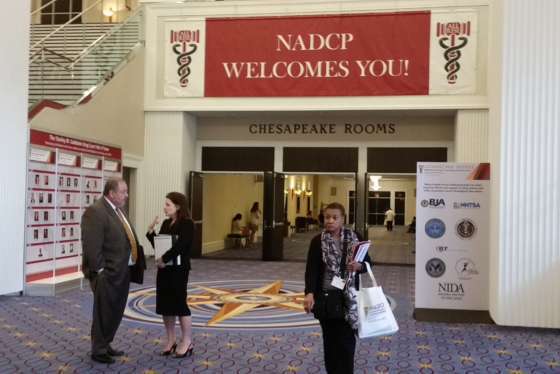 Thirty years after their inception during the crack-cocaine epidemic, drug treatment courts continue to be vital as the U.S. battles the opioid crisis.

“There are enough prescriptions for opioids given so that every adult American can have their own bottle,” Wen said.

Nearly 700 Baltimore City residents died from opioid overdose, said Wen, and even though the state awarded more money for the opioid reversal drug naloxone just last week, they can’t keep up with demands.

“The demand is going to continue to be there unless we can treat patients who are already addicted,” Wen said. “We are being priced out of the ability to save lives.”

Linda Williams has seen the real struggle of opioid addiction. Williams serves on Maryland’s Heroin and Opioid Emergency Task Force. Williams lost her 28-year-old daughter to morphine ten years ago. By that time, after young people started coming to her for help, she had already started Addiction Connections Resource, a nonprofit organization in Harford County.

Williams also thinks a decrease in opioid prescriptions is a step in the right direction.

The CDC data also indicates a greater percentage of prescription opioid users are white, have diabetes and arthritis, and are more likely to be unemployed.