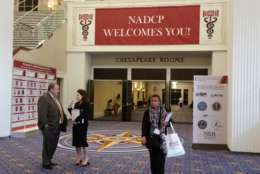 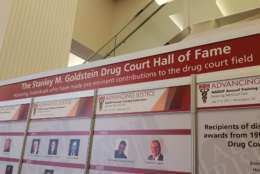 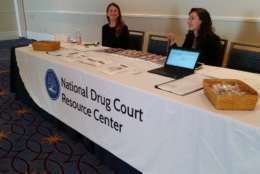 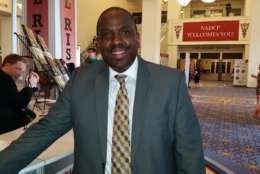 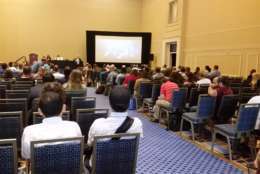 WASHINGTON — During the crack-cocaine epidemic in the 80s and early 90s, the inception of drug treatments courts offered drug-users a treatment-based alternative to prison. And now, in the throes of a new epidemic, drug treatment courts continue to be vital as the U.S. battles the opioid crisis.

“We don’t save everyone. But drug courts have served to give so many a lifeline they wouldn’t have had otherwise,” said Terrence Walton, chief operating officer for the National Association of Drug Court Professionals (NADCP).

Walton said drug court professionals from across the country are on the front lines in the opioid battle.

“A lot that happens in this conference is based on best practices to increase the likelihood we’ll be giving people what they need to get better,” said Walton.

Walton believes it’s a better alternative to publicly fund drug treatment so people wouldn’t have to get arrested in order to get help. He said people sent to drug courts are not hardened criminals but people whose addiction or mental health issues have caused their collision with the justice system.

“Many individuals in treatment courts, this is really their only opportunity to access services. I wish that wasn’t true,” Walton said.

Walton said the treatment courts are the single most successful intervention in our country’s history for people with mental health issues or substance abuse issues.