HONG KONG (AP) — China’s biggest online shopping day, known as “Singles’ Day” on Nov. 11, is taking on a muted tone this year as regulators crack down on the technology industry and President Xi Jinping pushes for “common prosperity.”

Alibaba — China’s largest e-commerce firm — usually holds a massive gala the night before Nov. 11. Past galas have featured superstars such as Katy Perry and Taylor Swift and even acrobatic acts by the Cirque du Soleil.

A glitzy live counter starts ticking at midnight to tally in real time how much consumers have spent on Alibaba platforms like Taobao and Tmall. The festival is viewed as a barometer of consumption in the world’s most populous country.

This year, Alibaba has toned down the hype. The Singles’ Day online gala Thursday will be live-streamed due to COVID-19 outbreaks in parts of China. Alibaba says it is focusing on sustainability, supporting charities and inclusivity – themes that align with Beijing’s climate goals and Xi’s calls for “common prosperity” that aims to curb inequality and excessive consumption.

“In terms of regulation, e-commerce platforms are coming to grips with how to align consumption extravaganzas with ‘common prosperity’ themes,” he said.

Earlier this year, e-commerce platform Pinduoduo pledged to give $1.5 billion in profits to farmers to boost their incomes, while Alibaba has committed $15.5 billion to subsidies for small and medium-sized enterprises and supporting workers in the gig economy, such as delivery drivers, according to local news outlet Zhejiang News.

This year, Alibaba has also spotlighted sustainability, setting up packaging recycling points and partnering with brands to develop more eco-friendly packaging. Customers can donate a portion of the profit from their purchases to a charity organization or project of their choice.

The shift to emphasizing sustainability comes after Alibaba was fined a record $2.8 billion for violating antitrust rules. The government has been stepping up scrutiny of the technology sector and moving to curb monopolistic practices that hurt consumers’ rights.

The squeeze on this year’s Singles’ Day sales may also reflect weaker consumer demand and shortages of some products due to shortfalls in materials and energy, as well as difficulties in moving products through snarled shipping and delivery channels.

“Merchants have had a soft year so far, due to weak retail growth and decreasing consumer confidence,” Norris said. “To add insult to injury, power rationing in manufacturing hubs has meant many merchants have dialed back their expectations – even if there is a burst of demand, they can’t necessarily meet it.”

Jacob Cooke, CEO of WPIC, a marketing firm that helps Western companies sell online in China, says ultra-deep discounts will be less commonplace than in past Singles’ Day sales.

“We’re going to see strategies like limited edition gifts being more prevalent as opposed to merchants dumping (items) at a 90% discount . . . due to a lack of inventory, a lack of supply,” he said.

Meanwhile, popular short-video platforms such as Kuaishou and Bytedance’s Douyin, which have veered into e-commerce, are giving traditional e-commerce platforms like Alibaba and JD.com a run for their money.

Live-streamers on the video platforms can sell directly to shoppers through their streams. Last year, Douyin reported 2 billion yuan ($313 million) worth of transactions just on Nov. 11.

“In terms of (short-video) commerce, it’s going to be huge because that’s where all the eyeballs are,” WPIC’s Cooke said.

The Singles Day festival boosts sales of live-streaming hosts like Yang Guang, who hawks everything from clothing to home appliances on live-streams, by half, he said.

But he said prolonged festivities and complicated discount schemes can be frustrating for both shoppers and sellers.

“As live-streamers, we have to think up different strategies to make it fun during every stream to keep customers interested,” he said. 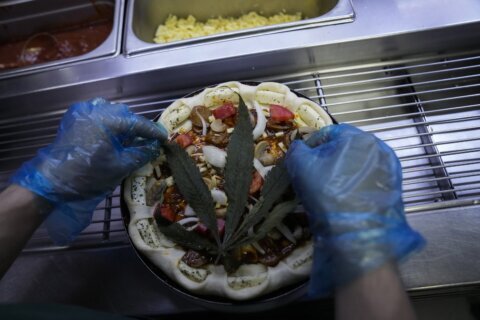 Thai chain’s cannabis pizza: trendy but won’t get you high 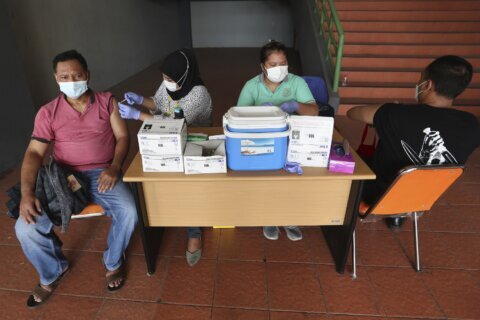 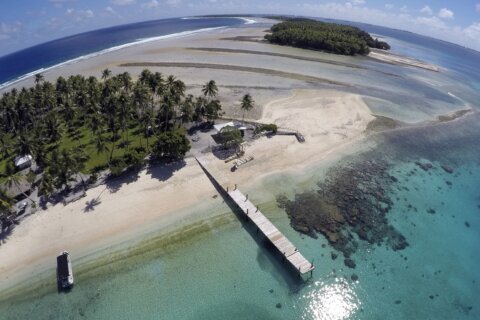 Some fear China could win from US spat with Marshall Islands