BANGKOK (AP) — A court in Myanmar on Thursday extended the pretrial detention of Danny Fenster, a U.S. journalist employed by an online news magazine in the military-led Southeast Asian nation who was arrested in May on an incitement charge that carries a penalty of up to three years’ imprisonment.

Fenster, who is the managing editor of Frontier Myanmar, was detained at Yangon International Airport on May 24, as he was trying to board a flight to go to the Detroit area in the United States to see his family.

Fenster’s lawyer, Than Zaw Aung, told The Associated Press that the 37-year-old journalist was in good health but appeared to have lost some weight at Thursday’s hearing at the special court at Yangon’s Insein Prison, where he is being held. He asked that his wife send him medicine and food. Two consular officials from the U.S. Embassy also attended the hearing, the lawyer said.

The next hearing is scheduled for July 15, but the case will not come to trial then because the court has too many cases backed up, he said.

Fenster’s court appearance came a day after authorities began a release of about 2,300 prisoners who were charged in connection with protests that erupted after the military overthrew the elected government of Aung San Suu Kyi in February. The new government has tried to silence independent news media by withdrawing their licenses and by arresting journalists.

Those released included protesters as well as journalists. Most were being held on the same charge as Fenster. Because there is no official list of freed detainees and the releases are taking place over several days, the exact number of journalists freed is not known.

An unofficial tally kept by Myanmar journalists says of 88 journalists who were arrested after February’s military takeover, 49 have been released, including 14 on Wednesday.

In June, a court released U.S. journalist Nathan Maung, who was arrested in March while working for Kamayut Media, a local online news platform. The charges against him were dropped, his case dismissed and he was deported to the United States.

“The Myanmar junta’s continued detention of journalist Danny Fenster is outrageous and unacceptable. Independent reporting of what’s happening on the ground in Myanmar should not be considered a crime,” Phil Robertson, deputy Asia director of Human Rights Watch, said in an emailed statement.

“The authorities should immediately drop all charges against Fenster, and permit him to leave the country if that is what he wants to do. The junta should also unconditionally free the more than 50 Burmese journalists who are still in detention and lift the license revocation orders imposed against numerous local media outlets,” Robertson said. Myanmar is also known by its old name, Burma.

Than Zaw Aung said Fenster is charged in connection with his work at a previous job, as a reporter and copy editor for the online news site Myanmar Now.

Myanmar Now, along with several other media outlets, had its license revoked in early March, banning it from publishing on any platform. However, it has continued to operate online.

Fenster resigned from Myanmar Now in July last year and joined Frontier Myanmar a month later, so it is unclear why he was arrested, his lawyer said.

“I don’t know in detail. What I can say is that he was accused as a staff member of Myanmar Now. I’m not clear if it concerns a story posted on Myanmar Now or not.”

Fenster’s family in the United States, led by his parents and brother Bryan, have rallied support for his release with a website, an online petition and contacts with their representatives in Congress to keep pressure on the State Department to push Myanmar on the case. The U.S. government has made repeated pleas for media freedom in Myanmar and for Fenster’s release.

The Irish rock band U2, which has long taken an interest in the fight for democracy in Myanmar, on Wednesday tweeted its support for Fenster’s release.

“Journalism is not a crime. We join @RepAndyLevin and @bryanfenster in urging the immediate release of journalist Danny Fenster from detainment in Myanmar and thank heroic organizations like @pressfreedom for fighting to protect journalists everywhere — #BringDannyHome,” it said.

“This is what we want. We want champions of human rights and social justice in a connected world to take on our cause,” Bryan Fenster said Thursday. “And what better example of that than all the guys in U2?”

Bryan Fenster said he was able to speak to his brother on the phone this week — their first conversation since Danny Fenster was detained.

The U.S. Embassy arranged to have the detained journalist speak by phone with his wife, Julianna, in Yangon. “Then, they were able to get in touch with me on another phone and kind of held them up to each other so we could hear each other and talk to each other,” Bryan Fenster said.

“To finally hear his voice, you know, we could finally exhale, sink into the back of the couch for a little bit,” he said. “He sounded good. We were able to crack a few jokes that made me feel really good, in particular, because he’s got a great sense of humor. And happy he has his wits about him given the circumstances.” 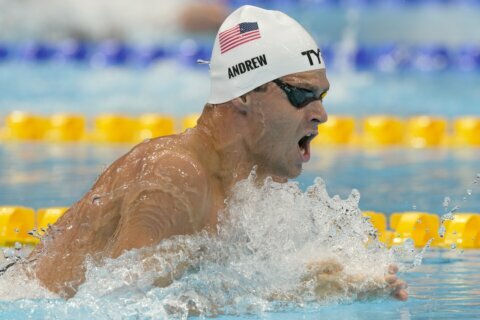 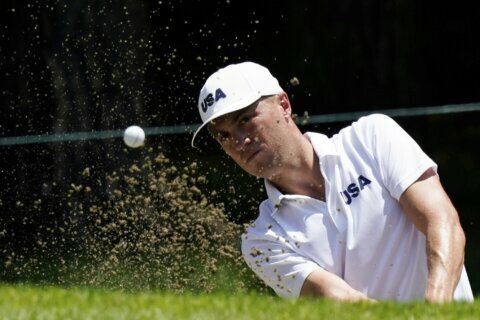 Olympic golf: A team feel turns back into individual quest 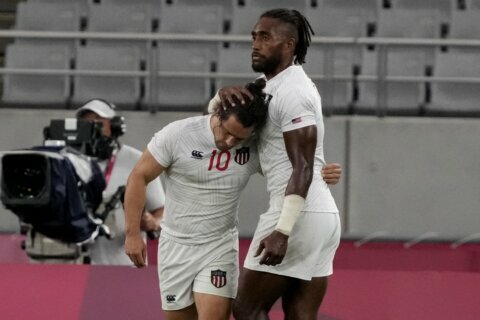 In the market for a medal, US rugby 7s finish just short