ISLAMABAD (AP) — Washington’s point man in talks aimed at ending decades of war in Afghanistan made a brief visit Monday to Pakistan as relations between Islamabad and Kabul reached a new low.

Pakistan and Afghanistan have a long and troubled history, their relationship fraught with mistrust and suspicion. Each accuses the other of fomenting violence on its territory while also harboring its enemies. Pakistan also hosts nearly 2 million Afghans, refugees from four decades of war in their homeland, and many in Afghanistan have grown up as refugees in Pakistan before returning.

Khalilzad arrived in Islamabad from Qatar where the Taliban and Afghan government representatives have held two days of talks that ended late Sunday, with a promise by the warring sides to meet again.

It was the highest level of talks so far, aimed at jumpstarting a peace process that has stagnated for months while fighting inside Afghanistan soared as the U.S. and NATO complete their troop withdrawal.

Khalilzad had expressed hope that the sides would agree even to a temporary truce — to mark the most important Islamic holiday, Eid al-Adha or “Feast of Sacrifice,” which begins on Tuesday in most Muslim countries. Instead, the talks ended with a communiqué that offered little prospects of an end to fighting anytime soon.

It promised more high-level talks and offered promises of greater protection for Afghan civilians caught in the crossfire and for infrastructure.

Last week, Khalilzad attended an international conference in Uzbekistan that tried to find a resolution for the rapidly deteriorating situation in Afghanistan but the gathering did not produce a roadmap to end the fighting.

Pakistan is seen as key to peace in Afghanistan. The Taliban leadership is headquartered in Pakistan and Islamabad has used its leverage, which it says is now waning, to press the Taliban to talk peace.

In a statement following Khalilzad’s visit, Pakistan said he met with the head of the powerful military and the head of the intelligence service known by its acronym ISI. He also met with Prime Minister Imran Khan, who said Pakistan gains nothing from continued fighting in Afghanistan.

“Conflict and instability in Afghanistan was not in Pakistan’s interest as it would lead to serious challenges for Pakistan in areas of security and influx of refugees,” Khan was quoted in the statement as saying.

Senior Pakistani security officials had previously said that Khalilzad pressed Pakistan to push Taliban leaders to embrace a cease-fire or at least substantially reduce the violence in Afghanistan to allow a peace process to take root. The officials spoke on condition of anonymity because they were not authorized to speak to the media.

Pakistan’s military leadership has reportedly warned the Taliban — who have recently taken more and more territory amid battlefield wins against beleaguered Afghan forces — not to make a push on Kabul. Islamabad has also reportedly told the Taliban it will not recognize a government that comes to power by force.

Pakistan has also been deeply critical of Kabul saying it has allowed another militant group, the Pakistani Taliban — Tehreek-e-Taliban Pakistan — to find safety in Afghanistan from where they have launched a growing number of attacks targeting the Pakistan military.

In Kabul, the Afghan foreign ministry issued a statement Sunday saying it was recalling its senior diplomats from Islamabad over the assault on the ambassador’s daughter. Silsila Alikhil, 26, was abducted in the middle of the afternoon in the Pakistani capital, held for several hours and brutally assaulted.

The ministry said the diplomats would not return to Islamabad “until all security threats are met including the arrest and trial of the perpetrators of the abduction.” 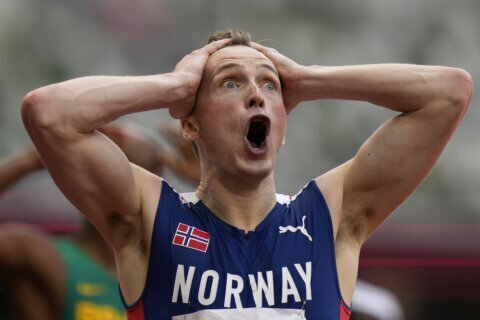