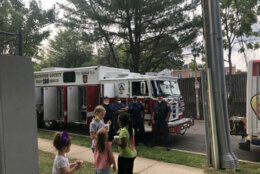 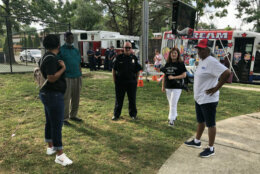 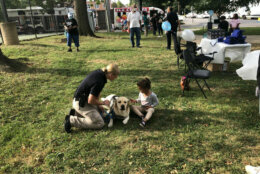 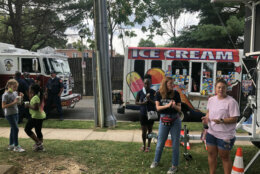 Across the nation and throughout the region, neighbors and police mingled Tuesday night in the National Night Out — an annual effort to fight crime by building relationships between communities and police.

“I value these conversations to learn from the community … I think the opportunity for people to get together, have conversations and build relationships is incredibly important for trust and, in the long term, it’s important for public safety,” said Penn, a nearly 30-year veteran of the Arlington County Police Department named to the top post in June.

National Night Out began decades ago as a way for people to begin taking back their neighborhoods one summer night each year, designated the first Tuesday in August.

Since then, National Night Out has become a night for locals and police to get together so residents can tell police their public safety concerns and police can share information about their crime-fighting strategies and resources.

Throughout the nation, nights out often include block parties, cookouts and parades.

The gathering in Drew Park was decorated with balloons and included a food truck selling fried Whiting fish and shrimp with fries, and an ice cream truck which drew a steady stream of customers.