Amazon’s new headquarters will bring more jobs, but that also means more commuters to Arlington, Virginia, and surrounding areas. An advocacy group is now asking Amazon to build better infrastructure for bikes to offset that.

Sustainable Mobility for Arlington County is now calling on the tech giant to add protected bike lanes to its site plans. The group wants to see Amazon foot the bill for a low-stress bike network by making it part of the site plan for the first phase of HQ2.

While there are some upgrades planned for S. Eads Street, the goal is to lessen the impact of traffic near Amazon’s Metropolitan Park site.

The group also wants to see upgrades to existing bike lanes in the area, especially along 15th Street. There has also been a call for the county to install floating bus stop islands to keep buses out of the bike lanes.

Chris Slatt, Arlington Transportation Commission chair and founder of the advocacy group, tells ARLNow.com that Amazon adding to the project makes more sense than mobilizing a contractor from scratch.

“As long as they are pouring concrete and moving dirt and making changes to the streetscape anyway, we think part of it should be upgrading that bike lane to a protected bike lane,” he said. 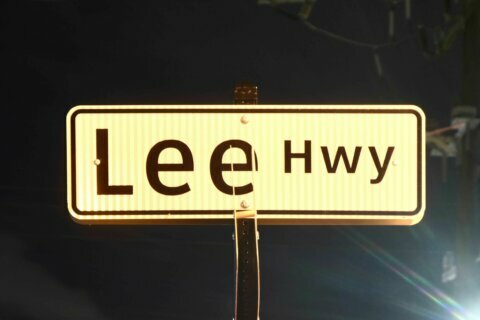