The county’s board on Thursday finalized a budget that calls for a 1.5-cent rate increase. The board is set to vote on the spending plan on Saturday.

Metro and schools are the two main drivers behind the property tax increase.

Metro requested more money from the region’s jurisdictions to fund its operations, which means that Arlington needs to put millions more toward the transit system.

“This year was the largest increase in a long while,” Board Chairman Jay Fisette said.

That trend could continue over the next few years unless changes are made to Metro’s funding structure.

The county also increased school funding by a similar amount to handle the system’s rising enrollment.

“We have some of the best schools in the United States of America. We’re proud of it. We also know that we are victims of our own success,” Fisette explained. “The schools are so good, the community is essentially so attractive, we don’t have enough room for the people and the schools continue to grow.”

Along with boosts to transit and education, the board is also putting more money toward improvements along the Columbia Pike and Lee Highway corridors.

“Beyond that, I think you saw restraint,” Fisette said.

The county’s manager had recommended a 2-cent property tax rate increase. But the board opted for a slimmer 1.5-cent hike by trimming down of a variety of smaller costs and improvements that had already been in the budget in order to minimize the financial hit to property owners in Arlington. 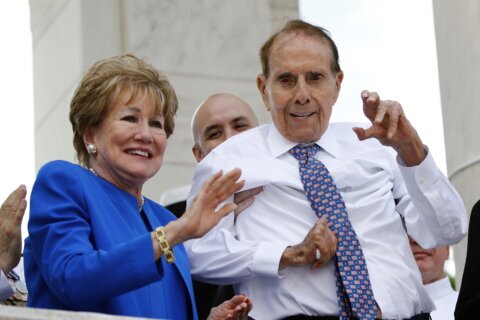