The family of a man who was shot and killed in January by Anne Arundel County Police filed a lawsuit against the department and the individual officers, saying they violated his civil rights.
Listen now to WTOP News WTOP.com | Alexa | Google Home | WTOP App | 103.5 FM

The family of a man who was shot and killed in January by Anne Arundel County Police in Maryland has filed a lawsuit against the department and the individual officers, saying they violated his civil rights.

On Jan. 30, officers arrived at the home of 20-year-old Dyonta Quarles Jr. The visit came after a call from his mother to police saying he assaulted her and kept her from leaving her Crofton home.

Once inside, bodycam footage shows Quarles rush out of a room and punch police officer J. Ricci multiple times. Quarles was shocked with a Taser gun, but it appeared from the video to have little or no effect.

Ricci then attempted to help another officer handcuff Quarles while he is on the ground. That is when the video shows Quarles biting down hard on Ricci’s finger. Ricci exclaimed that he was going to bite his finger off and yelled for his colleagues to shoot him.

“My son was going through something,” Mikel said Monday to Baltimore CBS affiliate WJZ. “Three officers responded. I was asking for help, and my son was murdered.”

Mikel and the family’s lawyer announced the lawsuit at a news conference Monday.

“Police arrived with guns drawn. They were ready to go to battle,” Attorney Gregory Kulis told WJZ. “DJ had no weapon. DJ had no gun.”

Anne Arundel County police have not commented on the lawsuit. 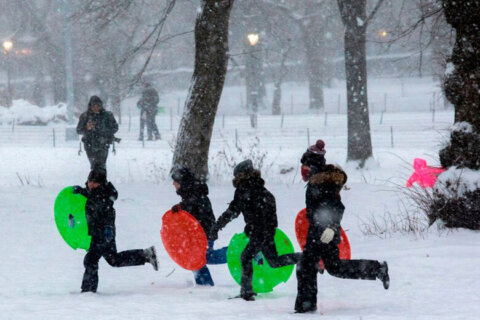 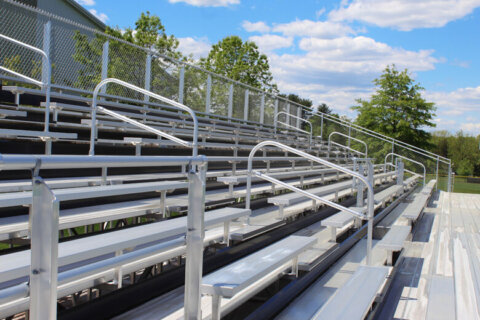