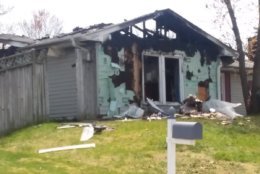 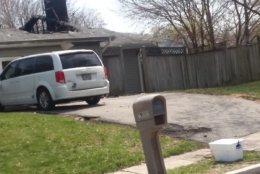 WASHINGTON — Three people are dead following an overnight fire in a house used as a group home in Severn, Maryland.

Firefighters from Anne Arundel County Fire and Rescue were called to the blaze in the 7900 block of Stone Hearth Road just after 10:45 p.m. Saturday.

Occupants of the home who had escaped before firefighters arrived said that someone could still be inside.

Firefighters entered the house and found one adult who was declared dead at the scene.

The deceased include two adult male residents and one female worker at the home operated by the Arundel Lodge.

Four other occupants escaped without injury.

The deceased have been transported to the Office of the Chief Medical Examiner in Baltimore for identification. Identities will be released once the victims are positively identified and their families informed.

Captain Russ Davies of the Anne Arundel Fire Department described the fire as “heavy,” and said it was located near the rear of the house.

The fire was extinguished in about an hour by 45 firefighters from Anne Arundel County, Fort Meade and BWI Thurgood Marshall Airport.

The house had working smoke alarms.

Investigations are underway as to what caused the blaze.

See the location of the home below.