On Thursday morning, a Crofton Middle School teacher found a noose hanging from a light fixture on the exterior of the school building, located at 2301 Davidsonville Rd., in Crofton. Video surveillance showed two people got onto the roof early Thursday and put the noose there.

Frashure said there was an “overwhelming response” to the footage, with people calling to identify the two suspects.

“There is no place in our community for the sentiment communicated by such an act, and we will always give 100 percent effort to bring to justice anyone who commits a crime espousing hateful ideology,” Chief Timothy Altomare said in a news release. 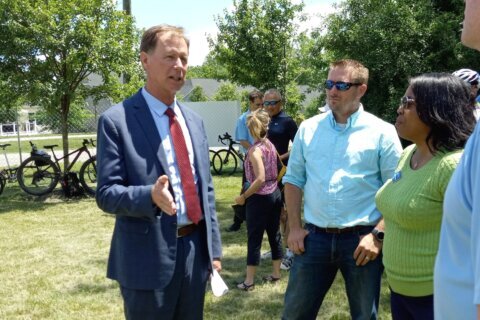