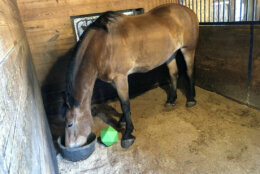 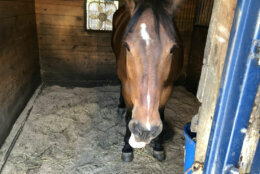 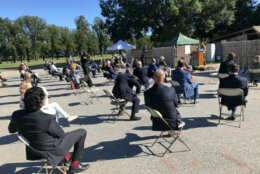 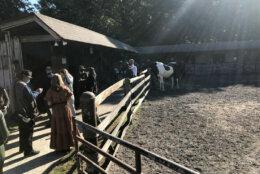 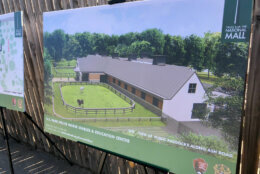 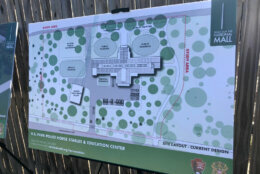 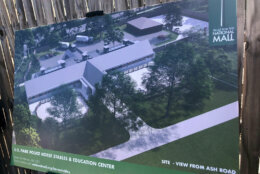 A nonprofit organization broke ground Thursday for a new, state-of-the-art horse stable for U.S. Park Police mounted patrols and an education center on the National Mall.

The Trust for the National Mall spearheaded the effort to build the facility on the site of the current stable, which sits between the Korean War Veterans Memorial and the D.C. War Memorial.

“Most people that walk by here think it’s a maintenance facility, and they don’t realize there are horses here,” Catherine Townsend, president and CEO of Trust for the National Mall, told WTOP.

Townsend said the current facility has been in place since 1976 as a temporary setup for the country’s bicentennial.

I’ve been a reporter in DC for 23 years and never knew there are US Park Police stables on the Natl Mall, between the Korean and DC War Memorials. Today’s the groundbreaking for a new facility. pic.twitter.com/rl14qvfSST

Tarentino and Delilah on the job. You’re welcome. pic.twitter.com/BbAtjSalq6

“It is still here because they found it is very valuable to have the stables on the Mall for quicker access and just ease with the horses so the horses can live here and not be trailered in every single day — it’s a little tiresome and not so healthy for the horses,” she said.

However, the current structure has been largely untouched in 44 years and is plagued with improper drainage, and inefficient waste and water management systems, which will be corrected with the new structure.

“The goal here is to really make this an environmentally safe, sustainable and healthy environment for the horses, and the officers, and the visitors,” Townsend said.

The new state-of-the-art facility will be complete with 16 new stalls, new paddocks, including a medical paddock, more room for the horses to roam, more office space for officers and staging areas for events.

D.C.’s mounted police units are one of the oldest in the country, and in a city known for protests and large gatherings, remains an important part of crowd control.

Townsend added the horses and officers are “like the ambassadors to the National Mall.”

“One mounted unit is equal to 10 police officers on the ground,” she said. “They move people in a positive way … they are such an attraction; when they’re cruising up and down the Mall, everyone wants to go over, everybody wants to touch them.”

The horses are temporarily being held at Rock Creek and trailered to the Mall for service, but Townsend hopes to have them at the new facility before it opens to the public. Construction is expected to be completed in late 2021.

Townsend said the hope is to open the 1,000-square-foot education center next fall so visitors can learn about the history of the mounted units.

“It’s a beautiful story … we’re really excited to bring that to the public,” she said. “It’s going to be transformational to this section of the Mall.”

The Trust for the National Mall helped raise $12.7 million to build the new facility and seeks to raise $3 million more to maintain the costs of the building. 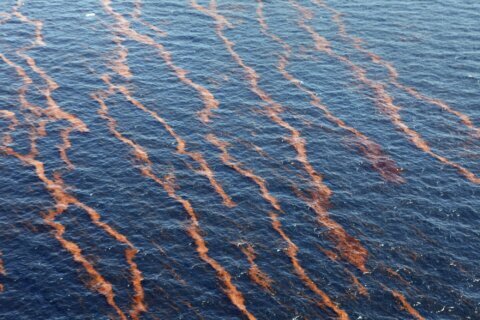