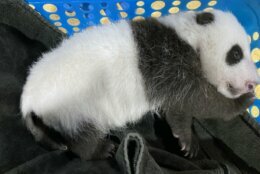 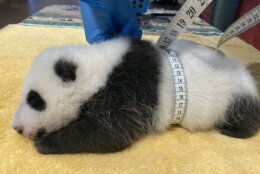 The Smithsonian National Zoo says its panda cub is really packing on the pounds — and that’s a good thing.

In the latest update from the zoo, the cub born to pandas Mei Xiang and Tian Tian has gone through a growth spurt and now weighs in at 4.5 pounds — nearly a pound more than last week.

The zoo considered the cub’s growth positive and said he was “quiet and sleepy” while he was being measured.

“All in all, we are happy that our cub is making good gains, and his growth and development are right on track,” wrote Laurie Thompson, assistant curator of giant pandas, on the zoo’s panda blog.

Earlier this week, the zoo announced the cub is male.

Last week, the cub began to open his eyes and now they are fully open. The zoo said his ear canals should open soon and he’s already begun responding to noises around him. 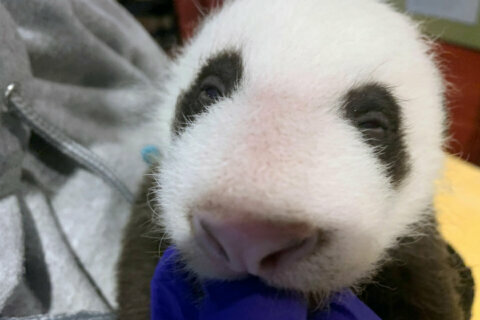 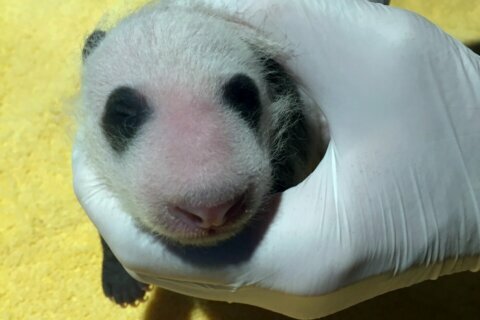