WASHINGTON — So, your team didn’t make it to the Super Bowl this year. No worries: Team Fluff takes on Team Ruff in Animal Planet’s Puppy Bowl, and a D.C. dog is part of the starting lineup.

She was rescued from a West Virginia home with the rest of her litter of 10 and adopted from the Dupont Circle rescue, according to the GW Hatchet.

Watch her and dozens of other rescue dogs compete for the “Lombarky” trophy on Sunday at 3 p.m. on Animal Planet.

Animal Planet worked with a number of animal shelters and rescue organizations across the country to build the rosters. This year’s game also features pups rescued from areas devastated by natural disasters, including Houston, Puerto Rico and Florida.

Another D.C.-area dog, Alvin from Operation Paws for Home, is also on Team Fluff’s starting lineup and will be vying for a chance to be Most Valuable Puppy. And several other D.C.-area pups are featured as back ups. 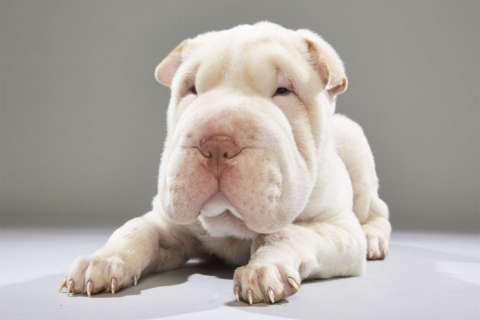