Officials in Alexandria, Virginia, will ramp up a tunneling project that's well below the city's surface next month in an effort to divert sewage from spilling into the Potomac River.
Listen now to WTOP News WTOP.com | Alexa | Google Home | WTOP App | 103.5 FM
(1/5) 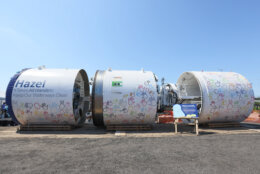 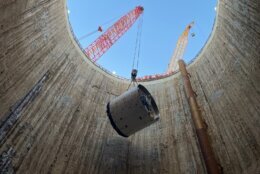 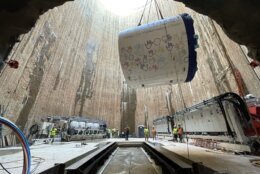 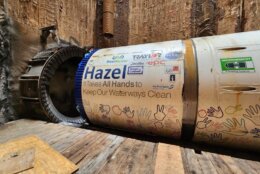 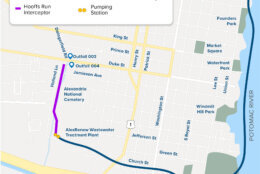 Officials in Alexandria, Virginia, will ramp up a tunneling project well below the city’s surface next month in an effort to divert sewage from spilling into the Potomac River.

The boring will begin during the second week of October.

“Hazel will mine a two-mile-long tunnel, about 11,500 feet and about 40 feet per day. She’ll excavate the soil, pressurize the ground to prevent ground movement. And then behind her will be erecting a precast tunnel liner,” said Justin Carl, the program manager at Alex Renew, the city’s sanitation authority.

Carl stated that “she’s essentially like an underground factory: She eats ground and extrudes a tunnel behind her.”

It will head east under South Royal Street and then head north under the Potomac River.

“Our goals were to avoid as much private property as possible. Avoid structures, avoid mining below historic structures and try to stay in the public right away as much as we possibly could,” Carl said.

And with new boring technology in Hazel, residents should see minimal impact.

Alexandria’s sewer system was built in the late 1800s and is a combined sewer system, which means it combines human sewage and rain water in one single pipe. When it rains heavily it can cause overflows, spilling human waste into Alexandria’s waterways and the Potomac River.

“On average, based on the climate period of 2000 through 2016, about 140 million gallons of combined sewer overflows occur each year in Alexandria,” Carl told WTOP. “That sewage is loaded with bacteria, nitrogen and phosphorus, which impacts the water quality of the Potomac River in the Chesapeake Bay.”

This project will eventually connect into that combined sewer system and instead divert that combined rainwater and sewage into the deep tunnel. It will bring that mixture to the wastewater treatment plant where it will be treated and then discharged into the Potomac.

The plan is for Hazel to steadily bore the tunnel over 14 months. The new system should be fully operational by July 1, 2025, a mandated deadline set by state regulators to deliver healthier waterways in the state.

In keeping with tradition, the boring machine is named after a woman.

Miners in the 16th century are said to have named equipment after Saint Barbara for protection. She is the patron of said miners.

The tradition is still around — “Hazel” is named after Hazel Johnson.

“She’s really the mother of the environmental justice movement in the U.S.,” said Caitlin Feehan, director of communications and external programs for Alex Renew.

The overall cost of the project is a whopping $615 million.

They received a state loan of $185 million from the Virginia Clean Water Revolving Loan Fund and an additional $321 million loan from the EPA.

Alex Renew also received a $50 million grant from the Commonwealth and $90 million from the American Rescue Plan. 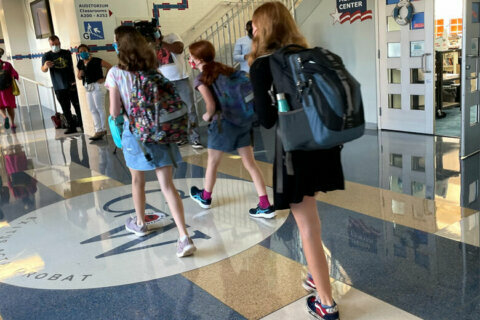 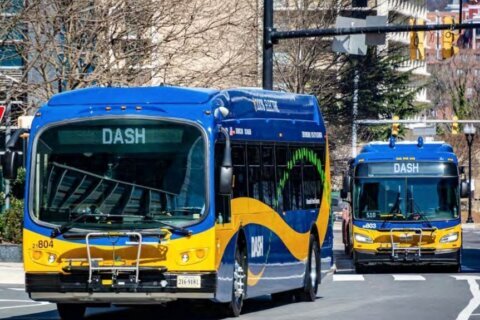 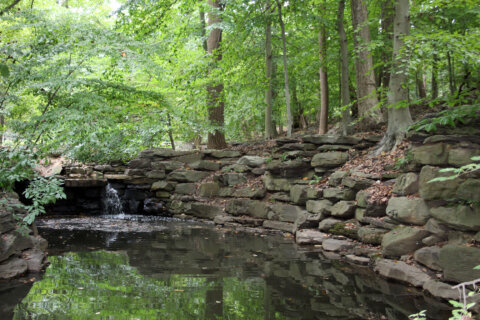