As school resumes in Alexandria, so does the debate over school resource officers

In Alexandria, the debate over school resource officers continues to be a divisive one. But for now, after city leaders approved funding for one more year, officers will remain on middle and high school campuses.

During the upcoming school year, Alexandria City Public Schools plans to study the roles of school resource officers and decide on the future of the position.

One way the school system is doing this is through the use of its newly formed school law enforcement partnership advisory group.

“Our job is to re-imagine the role of the SROs in the school,” said Paula Gormley, who is a member of the group, which is made up of school and city officials, law enforcement, parents, students as well as other community members.

As a parent member, Gormley checks off two boxes: One as a mom of two students in the school system and a second for her career in criminal justice and law enforcement.

Gormley said the members of the group have been selected, and each member is preparing for their first public meeting on Sept. 12.

Among the questions she has is how school resource officers are used in schools, and when decisions are made to refer a student to diversion programs or the juvenile justice system.

“There is a level of discretion in some of these areas,” Gormley said. She also asks if those decisions are made with “equity in mind, and what does what should equity look like?”

While the new group does not have data from Alexandria schools yet, she cited national research on the position. She says that data shows more referrals and arrests in schools involving students of color.

Right now, school resource officers are employees of the Alexandria City Police Department, and they work at schools under a memorandum of understanding between the department and the school system.

Gormley said she also wants to know how and when the school resource officers are used in the disciplinary process at Alexandria schools, something she believes should be off limits.

“That that is something we want to make a clear delineation with,” she said.

Alexandria Mayor Justin Wilson said he believes a joint process between the city and the school system would have been a better way to address the question of school resource officers. Ultimately, the school system choose to go the work group route.

“I’m going to keep an open mind on that and hope we will come up with a recommendation that enjoys broad based community support,” Wilson said.

He said the current debate about school safety has been “singularly” focused on the use of the school resource officers. He believes they are just one of many components of student safety.

“I think there’s probably a solution we can come up with that satisfies many of the concerns on both sides of this issue,” he added.

For Gormley, she is optimistic recommendations from the group will be well received by the school system.

“If our recommendations are reasonable and easy to implement, then I see us having more success than if they are some grandiose design that’s going to cost the school in terms of resource[s],” she said. 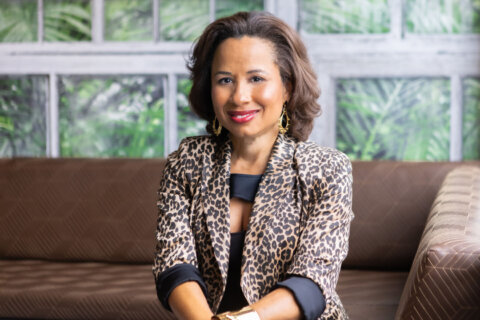