An Alexandria, Virginia, mother-daughter team has created a chapter-book series to teach children to be respectful of those with disabilities.
Listen now to WTOP News WTOP.com | Alexa | Google Home | WTOP App | 103.5 FM
(1/3) 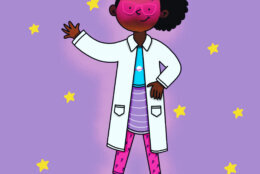 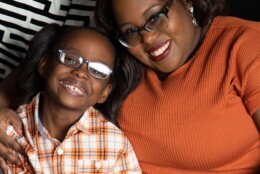 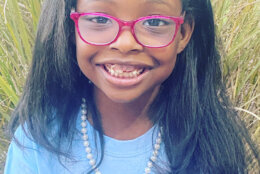 Naevia was born prematurely and has to have special accommodation at school to sit close to the teacher so she can see, even while wearing her special glasses.

“She was born at 3 pounds, 2 ounces at 30 weeks unexpectedly in a snowstorm,” her mother, Parris Elliott-Thompson, who lives in Alexandria, Virginia, told WTOP.

She said that Naevia, who will soon turn 8, has retina of prematurity, which means her eyesight will never be 20/20 without correction. The National Eye Institute says the condition happens when abnormal blood vessels grow and spread throughout the retina and cause scarring and retinal detachment.

Elliott-Thompson said one day her daughter was drawing and asked her mom, “Wouldn’t it be cool if I had magic glasses?”

From there, the mother-daughter author team took off.

Elliott-Thompson started putting together “Naevia’s Magic Glasses” and it grew into a series of six short-chapter books around 100 pages each, and it all comes from Naevia.

“She told me what she wanted, and I wrote it,” Elliott-Thompson said.

Now, Elliott-Thompson said, the books will be distributed to Alexandria City Public School libraries first and then may end up in other bookstores and libraries from there.

“I feel really good. I want kids to know that we are all different in our own special way,” Naevia said.

They have launched a Kickstarter campaign for the books and have raised more than $3,000 out of their $8,000 goal as of Thursday.

Elliott-Thompson said that once they reach their goal, they will be able to publish the book and get it into schools. She said they already have an illustrator who has created the main character in the book to look just like Naevia.

The book features a little girl named Naevia who has trouble with her eyesight.

“Her mom takes her to the eye doctor, where she ends up with these really special pair of glasses,” Elliott-Thompson said. “When she gets these glasses, they take her on a time travel through history, where she meets different famous women that help her solve her problems.”

Elliott-Thompson said that March of Dimes helped her family when Naevia was born, so she’s planning to give 10% of the book sales to the organization. She’s also a mission mom and local coordinator for March of Dimes.

“It was like second nature that some of this money is gonna go back to the babies,” Elliott-Thompson said.

She said she’s most excited about the message that the books send to the kids who will be reading them. 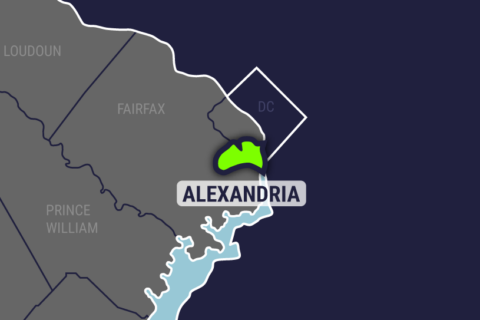 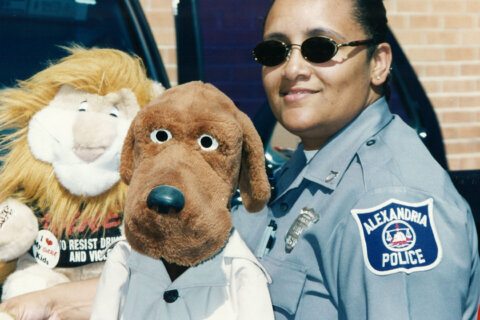