In the movies, “Remember the Titans” is the true-to-life story of attempts by African-American coach Herman Boone to integrate an Alexandria, Virginia, high school football team that went on to win the state championship.

Though the Titans of T.C. Williams High were inclusive, Williams — the city school superintendent from the 1930s to 1963 — was a vocal segregationist.

Now, in the midst of Black Lives Matter protests and discussions, many in Alexandria are signing a petition to change the name of the school.

“He was an administrator for 30 years, and his claim to fame was fighting the forces of integration,” said Marc Solomon — an Alexandria resident and former school board candidate — who started the attempt to rename the school, along with several other members of the community.

Even after the 1954 Supreme Court decision in Brown vs. Board of Education, which deemed segregation in schools unconstitutional, Thomas Chambliss Williams argued Black and white students learned differently, and needed separate schools.

“It just seemed shocking to me that we still have a school named for him,” Solomon said.

Solomon and others in the community had discussed previously mounting an effort to change the name of the school, which is now on King Street.

With the current introspection about systemic racism, in the wake of the death of George Floyd, Solomon said he asked his colleagues: “Is it time? Yep, it’s time.”

Alexandria integrated its schools in 1965. In 1971, the city consolidated all high school students into T.C. Williams, making it the only public high school in the city.

Solomon said since school board rules for suggesting a name change must include a placeholder, the group has chosen “Tubman-Chavez High School,” to honor Harriet Tubman and Cesar Chavez, which would allow the school to continue to be known, informally, as “T.C.”

School Board rules require physical signatures of 100 Alexandrians on a petition to begin the process of considering a name change. Solomon said his petition was submitted with 172 names, despite the challenge of gathering signatures during COVID-19 restrictions.

Many in the group would support keeping the name Titans.

It concludes: “We urge the School Board to accept this petition to rename T.C., and immediately begin a robust renaming process that involves the entire Alexandria community, and to eliminate T.C. Williams’ name from our high school as soon as possible.”

A separate online petition seeks to name the school for Petey Jones, a member of the 1971 championship team, who became a longtime employee at the school before retiring. Jones died of cancer in 2019.

Solomon says his petition “is agnostic” on future names, and is focused on removing Williams’ name from the school. “We are not advocating for a particular name, just a change.” 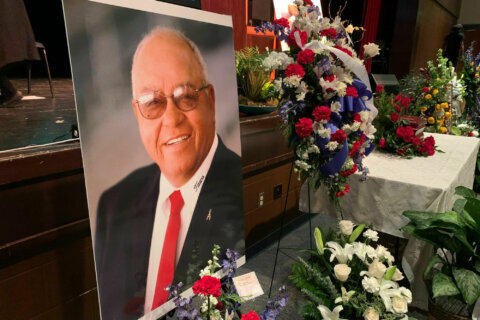 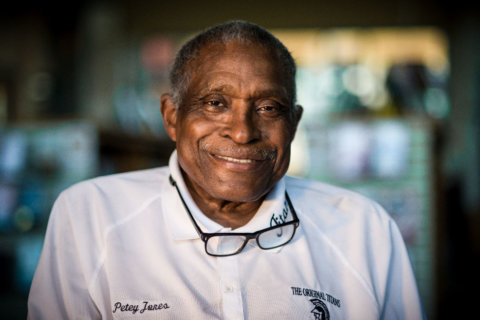