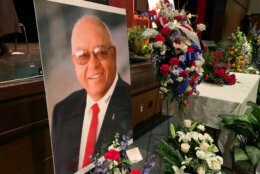 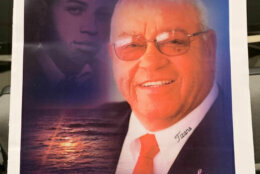 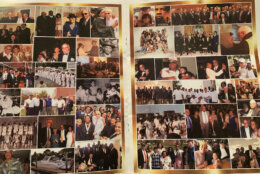 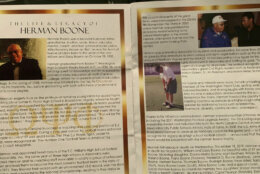 Former T.C. Williams football coach Herman Boone was remembered at a public service at the high school on Saturday afternoon, as many with a connection came out to honor the longtime Alexandria City Public Schools employee.

Boone’s name spread far and wide after he was portrayed by Denzel Washington in a movie nearly two decades ago about a time rife with racial difficulties in the city.

Boone died at the age of 84 on Dec. 18. He coached the T.C. Williams football team to a state championship in 1971. That same school year, three schools in the area consolidated into one, making one large integrated campus.

Washington helped make Boone a national name in the 2000 film “Remember the Titans.”

Alexandria Councilman John Taylor Chapman read a city proclamation declaring Dec. 28, 2019 as Herman Boone Day. He also had a word for the family.

Former Alexandria mayor Bill Euille was among those who shared fond memories of his interactions with Boone.

Euille told the audience about a situation during his time on the school board, when a student got caught behind the bleachers doing something illegal and consequently had to miss a game.

“I said, ‘but what about the game?’ He said, ‘the game isn’t that important. What’s important is the lesson that this young man needs to learn,’” Euille said.

“I was fortunate enough to have Coach Boone as my driver’s education teacher. I did not get a ticket until I was in my 20s. So he did a good job,” Hutchings said, as the audience laughed.

In lieu of flowers, Boone’s family is requesting donations to the Scholarship fund of Alexandria, attention: ’71 Titans Scholarship.