A memorial service is scheduled for legendary T.C. Williams High School football head coach Herman Boone, who died Wednesday after a long battle with cancer at the age of 84.

The school will host a memorial service for Boone on Saturday, Dec. 28 at 1 p.m., Alexandria City Public Schools said in a statement.

A private viewing for family will be held before the service Saturday, and public viewing will be hosted at the Lee Center, 1108 Jefferson St., on Friday, Dec. 27 from 3 to 7 p.m.

Donations can be made in Boone’s name, and they can be sent here:

Boone was famously portrayed by Denzel Washington in the movie “Remember the Titans.”

He gained notoriety in 1971 after leading the T.C. Williams football team to an undefeated season, Virginia state championship and a national title runner-up. This all in the same year that Alexandria, Virginia, consolidated all high schools, which had recently been integrated.

“He was inspirational for so many people, including me, as one of his former students,” schools Superintendent Gregory C. Hutchings Jr. said in a statement. 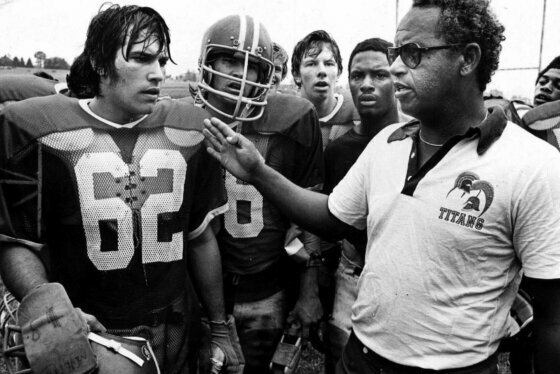 Legendary high school football coach Herman Boone, who was famously portrayed by Denzel Washington in the movie “Remember the Titans,” has died.