The eagle, which had an injured wing, died over the weekend, the Blue Ridge Wildlife Center in Boyce, Virginia, told WTOP.

The bird’s wing was broken and the fracture exposed the bone, according to Jen Riley, the center’s director of wildlife services. In addition, the fracture was close to the bird’s elbow, which made it unlikely it would have healed without significant “arthritic changes,” she said.

Riley said the center stabilized the fracture and gave the eagle pain medication and antibiotics “so it was as comfortable as possible.”

The injured bird was rescued Oct. 23 by several members of the Animal Rescue League of Alexandria and four Metro Transit Police officers after someone spotted it on the ground at Cameron Run Regional Park. During the rescue operations, Blue Line trains traveling on the nearby Metro tracks were ordered to operate at slower speeds to keep from startling the eagle. 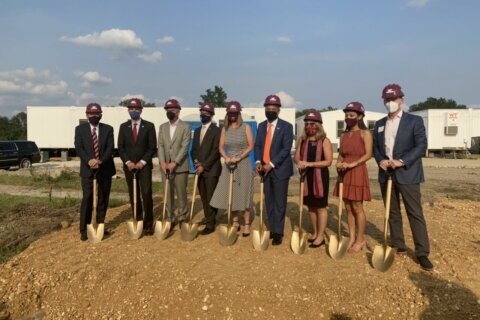