Three people were transported to the hospital for smoke inhalation after a fire broke out at a high-rise apartment building in Alexandria early Monday morning. Fire investigators are still trying to determine the cause of the fire.
Listen now to WTOP News WTOP.com | Alexa | Google Home | WTOP App | 103.5 FM
(1/5) 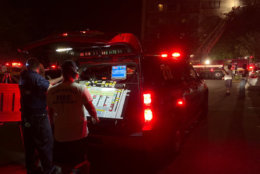 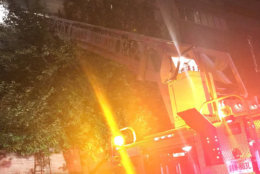 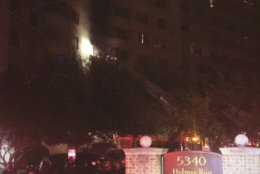 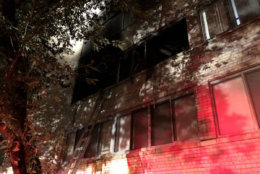 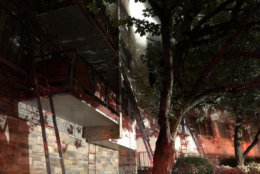 WASHINGTON — Investigators are working to figure what caused a fire in a high-rise that sent three people to the hospital in Alexandria, Virginia.

Alexandria Fire and EMS tweeted that crews responded to a two-alarm fire at a high-rise in the 5000 block of Holmes Run Parkway a little after 2 a.m. on Monday.

When crews arrived, they found smoke on the second floor and many occupants trying to leave the building.

Firefighters performed rescues using ladders and “multiple” people were evaluated for smoke inhalation, including three people who were transported to the hospital.

Of the three people that were transported, one was for chest pain, another stress related and one other person just wanted to be evaluated.

The Alexandria Police Department closed off Holmes Run Parkway between Paxton and Van Dorn to assist the fire department.

As of 4:15 a.m., people who live on the fifth floor and above were being allowed back into the building.

A map of where the fire happened can be seen below.