ALEXANDRIA, Va. (AP) — Virginia Gov. Terry McAuliffe is asking the head of the Department of Homeland Security whether immigration agents are improperly targeting places of worship to question and detain people who may be in the country without legal permission.

The Democratic governor’s Thursday letter to DHS Secretary John Kelly comes as some are questioning the way Immigration and Customs Enforcement officials are handling arrests in Northern Virginia after at least two men were arrested near a church shelter.

Oscar Ramirez told NBC Washington he left the shelter at Rising Hope Mission Church in Alexandria on Feb. 8 when about a dozen ICE agents surrounded him and other Latino men.

Ramirez said the agents questioned them and scanned their fingers. He said about six Latino men were arrested and taken away in vans.

An ICE spokeswoman said the agency’s “sensitive location” policy was followed, which requires agents to avoid arresting people at places of worship, schools and medical facilities. She said the arrests took place across the street and not on church property.

In his letter to Kelly, McAuliffe said he was “particularly concerned” about the NBC Washington report. McAuliffe asked Kelly some pointed questions, including what criteria immigrations agents are using to stop people for questioning.

McAuliffe said he’s concerned that ICE’s actions could lead to distrust between law enforcement authorities and immigrants over fears that some people may be “randomly targeted for deportation.” 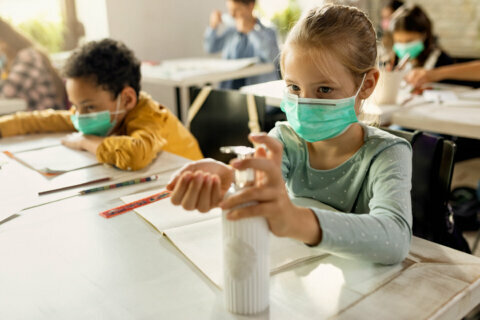