JOHANNESBURG (AP) — South Africa’s highest court on Friday denied an application by former president Jacob Zuma to rescind his sentence of 15 months in jail for contempt of court in a ruling viewed as a stern test of the country’s resolve to hold powerful figures to account.

The Constitutional Court judgment upheld its own ruling that Zuma should go to prison for refusing to testify at a commission of inquiry into widespread corruption in government and at state-owned companies while he was president of South Africa from 2009-2018.

Zuma, who was forced to resign as president in 2018 amid corruption allegations, still has significant support in parts of South Africa and within the ruling African National Congress party.

He was jailed in July after a long-running dispute with the judicial commission of inquiry, which saw him walk out midway through testimony and refuse to appear again.

The 79-year-old Zuma has since been granted medical parole for an undisclosed illness after serving two months of his sentence. His release from prison has been questioned by opposition parties who say procedure wasn’t followed.

The latest judgment doesn’t affect Zuma’s parole, although South Africa’s main opposition party and at least two other organizations have indicated they will challenge that in court as well after the head of the department of corrections said he overruled a decision by the parole board and authorized Zuma’s release himself. That will put the judiciary back in the spotlight.

Justice Sisi Khampepe read out Friday’s judgment at the Constitutional Court in Johannesburg and said it was a majority decision of 7-2 judges to uphold Zuma’s sentence. Zuma argued his sentence was improper because, among other things, he had been jailed without trial and the sentence was delivered in his absence.

In their ruling, the seven judges said Zuma refused to participate in the Constitutional Court proceedings that led to him being sentenced and then attempted to reopen the case after it was concluded.

“The hands of the Constitutional Court are bound and Mr. Zuma himself bound them,” Justice Khampepe said.

Zuma’s imprisonment sparked violent riots and looting in his home province of KwaZulu-Natal and the Gauteng province, South Africa’s economic hub, in one of the country’s most uncomfortable moments since the end of apartheid in 1994. More than 300 people died, malls were looted and factories and warehouses were burned in what current President Cyril Ramaphosa described as an orchestrated attempt to destabilize Africa’s most developed economy.

The riots raised concerns Zuma might be spared jail and the justice system overridden to appease his supporters.

Zuma, a contentious figure for much of his political career, also faces corruption charges in a separate case, where he is accused of taking bribes in connection with South Africa’s $4 billion arms deal in 1999 with French manufacturer Thales. His corruption trial, which opened in May, is due to resume next week.

Both cases against Zuma have tested South Africa’s resolve to bring an influential figure to justice after years of allegations of wrongdoing.

Ramaphosa, who succeeded Zuma, made a drive to root out corruption the centerpiece of his presidency. Ace Magashule, another powerful figure and the ruling ANC party’s secretary general, also faces corruption charges and will go on trial.

Zuma is currently being treated at a hospital, according to his foundation, which has refused to disclose his whereabouts, when he will be discharged or if he will attend court for the scheduled resumption of his corruption trial. 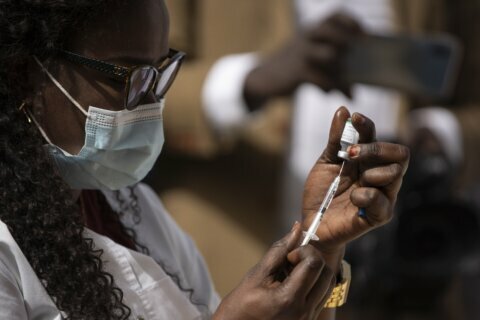