TOKYO (AP) — A key governing party lawmaker in Japan who served in key posts resigned Wednesday over a political funding scandal in a fresh embarrassment for Prime Minister Fumio Kishida.

Kentaro Sonoura, an expert on diplomacy and security, admitted last month that his aide has been investigated by prosecutors over alleged underreporting of political funds.

His resignation, later approved by House of Representatives Speaker Hiroyuki Hosoda, is a fresh blow to Kishida, who has already replaced three ministers in recent months and seen his support ratings tumble over his party’s deep ties to the controversial Unification Church.

The church scandal has been particularly damaging following the assassination in July of former leader Shinzo Abe. The suspect blamed Abe for supporting the ultra-conservative church, which he said bankrupted his family.

In a statement, he said he shared part of the responsibility in submitting “erroneous accounting reports of political funds” and possibly prompted public distrust in politics.

Sonoura had reportedly been investigated only informally, but the end of the parliamentary session last Friday made it easier for prosecutors to step up their probe toward a possible indictment. Japanese media say he apparently decided to step down early in a bid for leniency.

The main opposition Constitutional Democratic Party of Japan’s executive Katsuya Okada told reporters that Sonoura should not get away with resignation and must clarify how he spent “the slush fund.”

Sonoura last month acknowledged that his aide has been investigated over an alleged underreporting of some 40 million yen ($295,000) in party donations, and that he was consulting with legal experts to sort out the problem.

Sonoura was expected to face a summary indictment that does not involve arrest or trial on charges of violating the political funds control law, media reports said.

In that case, he would be fined by a summary court but he will lose a lawmaker status and civil rights for up to five years, including a chance to run in an election.

A former reporter at the conservative Yomiuri newspaper, Sonoura served as a vice foreign minister and a special adviser under Abe. He belonged to a faction led by party heavyweight Taro Aso and was considered his successor. 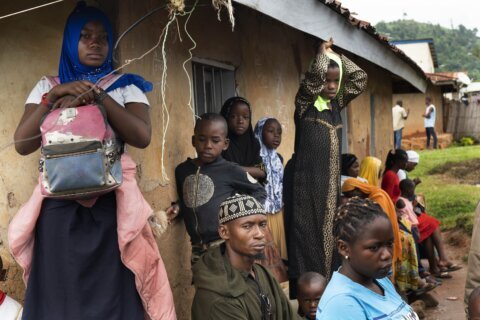