Singapore — Singapore has trialed patrol robots that blast warnings at people engaging in “undesirable social behavior,” adding to an arsenal of surveillance technology in the tightly controlled city-state that is fueling privacy concerns. From vast numbers of CCTV cameras to trials of lampposts kitted out with facial recognition technolgy, Singapore is seeing an explosion of tools to track its inhabitants.

Officials have long pushed a vision of a hyper-efficient, tech-driven “smart nation,” but activists say privacy is being sacrificed and people have little control over what happens to their data. 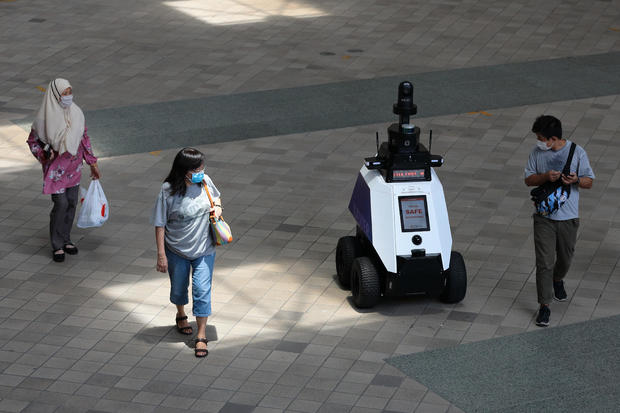 Singapore is frequently criticized for curbing civil liberties and people are accustomed to tight controls, but there is growing unease at intrusive tech.

The government’s latest surveillance devices are robots on wheels, with seven cameras, that detect “undesirable social behavior” and issue warnings to the public.

During a recent patrol, one of the “Xavier” robots wove its way through a housing estate and stopped in front of a group of elderly residents watching a chess match.

“Please keep one-meter distancing, please keep to five persons per group,” a robotic voice blared out, as a camera on top of the machine trained its gaze on them. 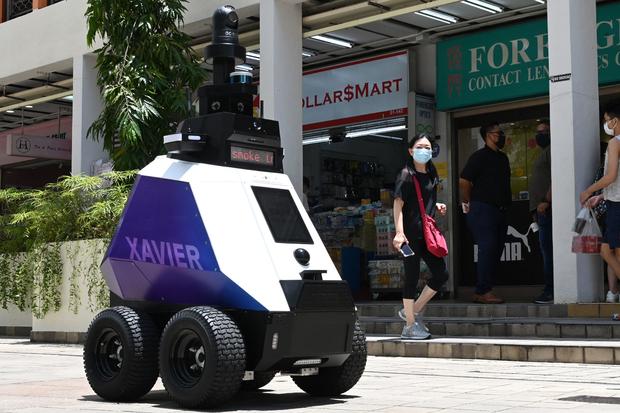 An autonomous robot named “Xavier” patrols a shopping and residential district during a three-week trial by the Home Team Science and Technology Agency (HTX) in Singapore, September 6, 2021.

During a three-week trial in September, two robots were deployed to patrol the housing estate and a shopping center.

“It reminds me of Robocop,” said Frannie Teo, a 34-year-old research assistant, who was walking through the mall. She said it brought to mind a “dystopian world of robots,” adding: “I’m just a bit hesitant about that kind of concept.”

“It all contributes to the sense people… need to watch what they say and what they do in Singapore to a far greater extent than they would in other countries,” she told AFP. 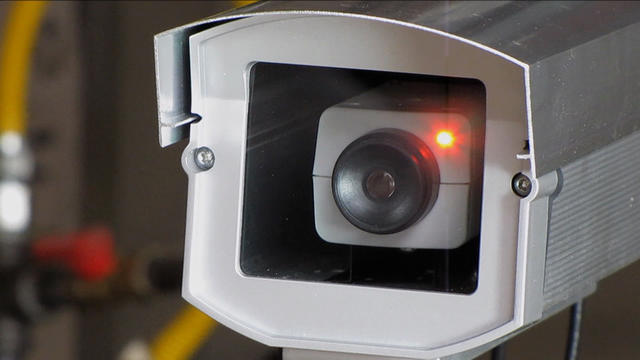 But the government defended its use of robots, saying they were not being used to identify or take action against offenders during the tech’s trial, and were needed to address a labor crunch as the population ages.

“The workforce is actually shrinking,” said Ong Ka Hing, from the government agency that developed the Xavier robots, adding they could help reduce the number of officers needed for foot patrols.

The island of about 5.5 million people has 90,000 police cameras, a number set to double by 2030, and facial recognition tech — which helps authorities pick out faces in a crowd — may be installed on lampposts across the city.

A City Under Surveillance

There was a rare public backlash this year when authorities admitted coronavirus contract-tracing data collected by an official system had been accessed by police. The government later passed legislation to limit its use.

But critics say the city-state’s laws generally put few limitations on government surveillance, and Singaporeans have little control over what happens to the data collected.

“There are no privacy law constraints on what the government can or cannot do,” said Indulekshmi Rajeswari, a privacy lawyer from Singapore who is now based in Germany. 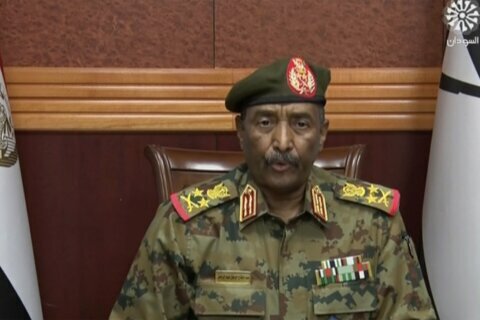 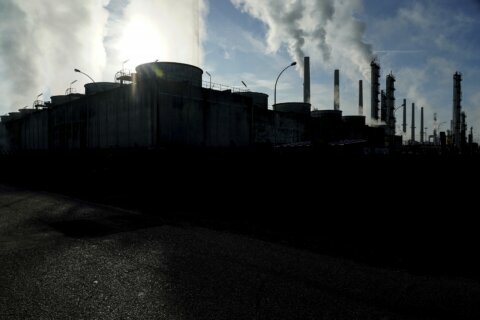 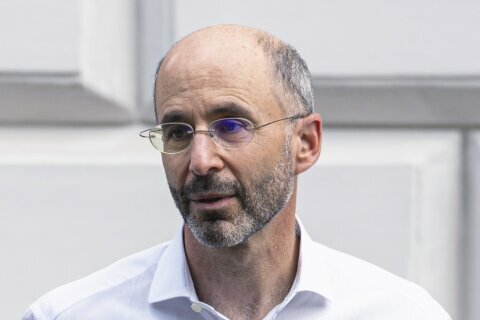