Some schools opening late, closing after snow and ice

The worst of the wintry precipitation is over, but chilly temperatures could mean treacherous driving conditions and even windchills in the single digits. There's also a small chance of a few snow showers. Several counties have canceled school. Others are on a two-hour delay.
Listen now to WTOP News WTOP.com | Alexa | Google Home | WTOP App | 103.5 FM

WASHINGTON — Side streets are icy and a number of  schools have delayed their openings or closed Wednesday.

Federal agencies, however, will be open for business, according to the U.S. Office of Personnel Management. 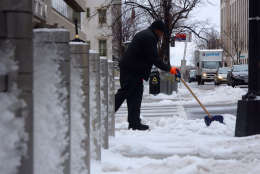 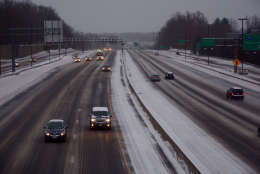 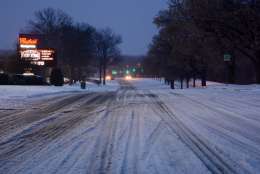 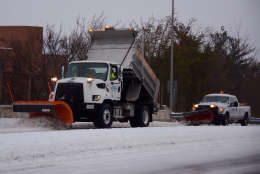 Metro is running on a normal schedule and is single-tracking on the Blue and Yellow Lines as part of the transit agency’s track work schedule. 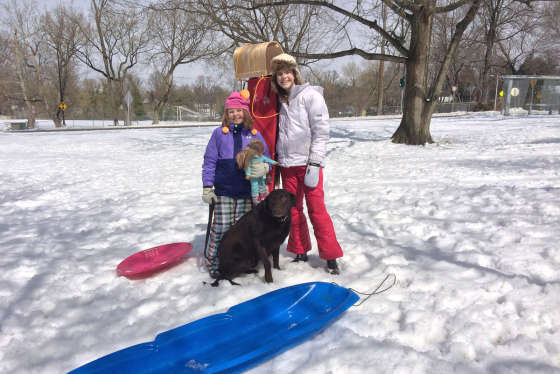 WTOP Traffic reports that interstates and primary roads are free and clear of ice.

Secondary roads and side streets may be icy in spots.

If you’re walking to Metro or school, watch for slippery conditions.

The National Weather Service has issued a Wind Advisory for D.C. from 8 a.m. to 6 p.m.

Winds of 45 to 55 mph are expected, which can make driving difficult — especially for high-profile vehicles.

The coldest high temperature on record for March 15th is 32 degrees, back in 1932. The D.C. area is forecasting a high of only 30 degrees today, so it could be a record-breaker.

The current cold snap will extend through Friday, which makes it the longest stretch of below average temperatures since last May, according to NBC 4.

Interstates and major roadways are free of snow and ice, according to WTOP Traffic.

Secondary roads may be icy in spots, so be careful.

And if you’re walking to Metro or school, be wary of potentially slippery conditions.

Tuesday’s combination of snow, sleet and freezing rain caused dangerous road conditions in much of the region.

The Maryland Department of Transportation’s State Highway Administration has had more than 1,600 state and contract trucks treating roads and removing debris from highways.

As always, the WTOP Traffic live blog has the latest on crashes and road conditions.

Metrobus: Buses are operating on a regular weekday schedule.

MARC: Normal service, but minor delays are possible due to refreezing.

Ride On: Ride On bus service on an “S Service Plan,” operating all its weekday routes, except Route 94, with limited service and delays.

More than 1,000 flights were canceled at the three D.C.-area airports on Tuesday. Airport officials said to expect a ripple effect from the cancellations to last into Wednesday.

Due to an electrical issue, Fort Smallwood Elementary School in Anne Arundel County will be closed for students and staff Wednesday.

In Maryland, public schools in Montgomery, Charles, Carroll, Anne Arundel, Prince George’s and Howard counties are among those that will open under a two-hour delay on Wednesday.

In Virginia, public schools in Frederick, Arlington, Fairfax and Culpeper counties are among those that will open under a two-hour delay on Wednesday.

The wet, heavy snow and ice brought down trees, causing power outages in the area.

Delmarva Power reports more than 12,000 customers in the dark in New Castle County, Delaware, on Wednesday morning. The utility says it has restored power to 68,000 customers in Maryland and Delaware.

Maryland officials report about 3,500 outages around the state, including about 2,000 Delmarva Power customers in Cecil County. Officials say power has been restored to about 46,500 Maryland customers.

Dominion Power reports about 1,200 customers in the dark in Virginia, mostly in the Middle Peninsula/Northern Neck and Richmond areas. It says it has restored power to more than 90 percent of customers who lost power.

Sign up for WTOP's Breaking News and Traffic Alerts 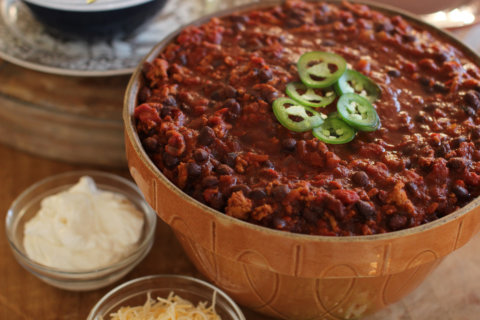 Chili recipes for every mood and occasion