Waves of thunderstorms to return Thursday

WASHINGTON — As the region recovers from Tuesday’s series of storms, more severe weather is on tap for Thursday beginning with the morning commute.

Thursday’s weather will be the result of the same cold front that steamrolled through the region on Tuesday but which is now heading back through the area as a warm front.

Several disturbances in the winds aloft will touch off rounds of thunderstorms, which will move along the front in clusters. So on the radar, the storms will appear to move through in waves for several hours at a time, starting during the morning rush.

It’s most likely the worst of the weather will be with the first two waves and will mostly be for the Shenandoah Valley locations, through Northern and Central Virginia and toward the Northern Neck.

In between storms, it will be very warm and muggy.

A cold front from Canada will move through Pennsylvania during the early afternoon, heading our way for the evening. That means there will be a chance yet again for a broken line of thunderstorms, and that’s when Maryland would be affected. This scenario is demonstrated by these two future radar images that shows the potential timing and placement of the thunderstorm waves:

However, if the warm front makes it even 50 miles farther east, then just about the entire D.C. region will see strong thunderstorms on and off throughout the day.

These storms will feature torrential rains, frequent lightning and thunder plus gusty winds. In the afternoon storms, there could be some hail also.

The good news is that behind the storms Thursday night much more comfortable air will move in with Canadian high pressure, setting up the region for a nice Friday and weekend. 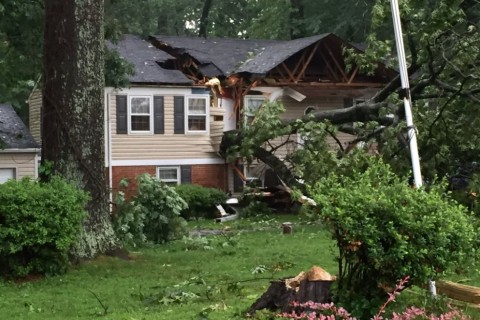 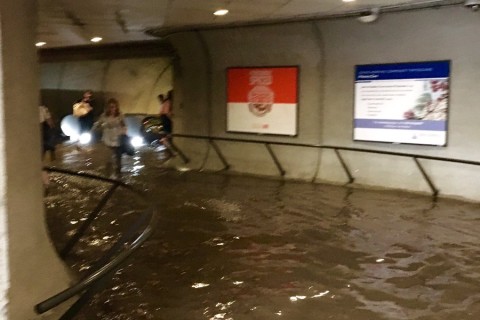 Metro: Cleveland Park station flooding unlike anything seen before 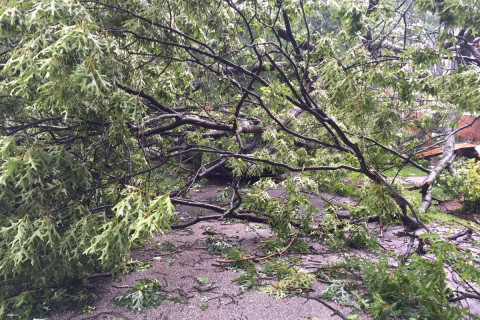 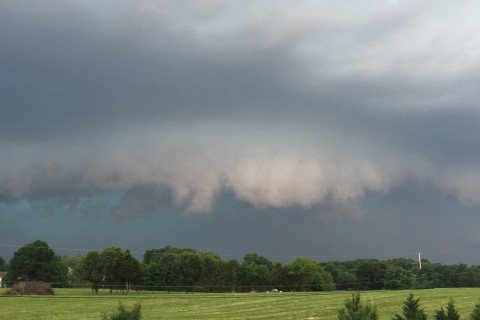 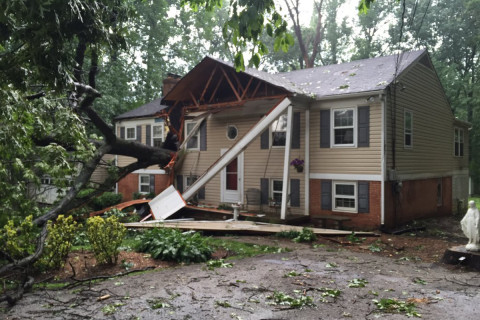