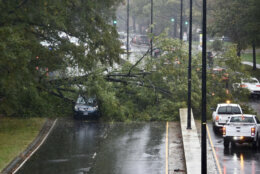 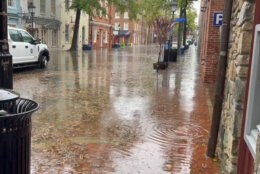 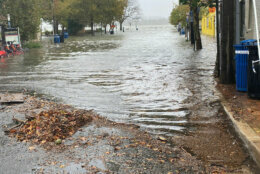 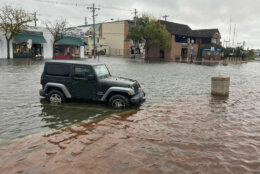 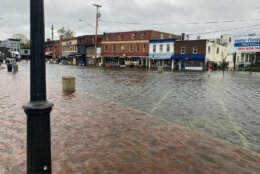 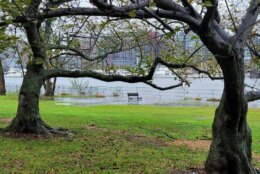 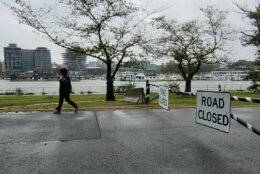 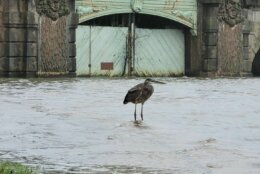 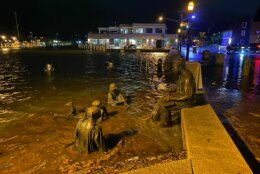 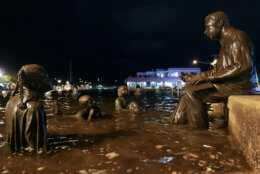 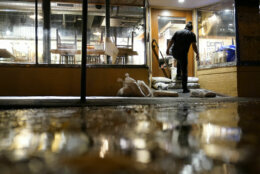 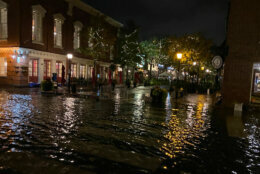 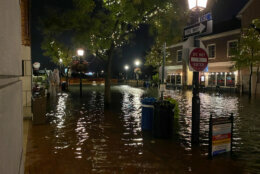 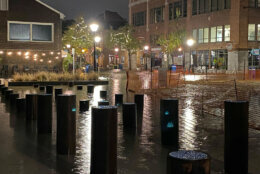 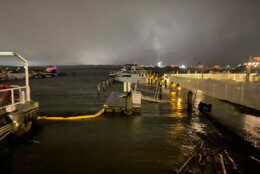 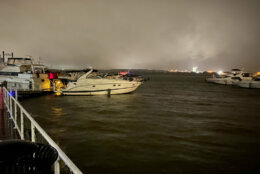 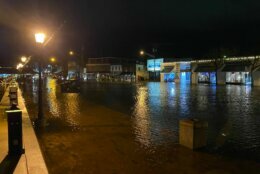 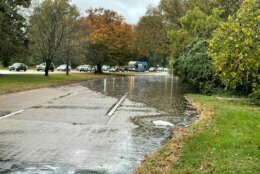 Maryland Gov. Larry Hogan has declared a state of emergency for areas along the shores of the Chesapeake Bay, the Potomac River and the Atlantic coast that are under a coastal flood warning.

The National Weather Service is warning of widespread flooding at high tide along the Chesapeake Bay and the tidal Potomac — and the risk of tidal flooding lasts through the weekend along coastal areas. The areas include Anne Arundel, Calvert, Charles and Prince George’s counties.

The highest tides in 10 to 20 years are expected, with threats including the inundation of water on roads, sidewalks, docks, marinas, and residential and commercial areas, a news release from Hogan’s office said.

“Even if you are accustomed to nuisance flooding, this is much more serious and has the potential to be much more damaging over the course of the next 24 hours,” Hogan said.

Storms with gusty winds and heavy rain are downing trees and power lines and bringing heavy coastal flooding not seen in years — with the worst of the weather expected to last through Friday evening.

“So, a lot going on, and a lot of nasty weather,” Storm Team4 meteorologist Mike Stinneford told WTOP.

D.C. and Maryland saw the steadiest bands of rain around 3 p.m. Friday.

An almost-stationary heavy band of rain stretched from Carroll County in Maryland through Montgomery County and the eastern half of the Beltway into D.C. down to Southern Maryland.

On the roads, in the schools

The George Washington Parkway was closed near Dyke Marsh and Tulane Drive near Belle Haven Park because of major flooding in an area that does not flood very often, Dildine said. But by 5:30 p.m. Friday, the water has receded and the road reopened.

From 5 a.m. to 9 p.m., Maryland State Police responded to 204 crashes, 24 roadside hazards and 38 disabled or unattended vehicles. There have been 670 calls for service.

The stormy weather led to some changes for school systems, too. Prince George’s County Public Schools said Friday it would close schools one hour early due to the weather, and all evening activities would be canceled.

The Maryland National Guard has staged about 20 soldiers and 10 vehicles at the Easton and Salisbury armories in case they are needed for flood relief, Hogan announced Friday.

Annapolis Mayor Gavin Buckley said late Friday morning the city is experiencing some “extreme conditions” and said the floodwaters that had mostly submerged streets around the city dock were “probably the highest tides we’ve seen in decades.”

He said the rising water is “causing damage throughout the city.”

Here at the city dock in #Annapolis jellyfish are washing up from the coastal flooding. Most of the city dock parking lot and many surrounding streets are submerged. @WTOP pic.twitter.com/uRsyqjUNlv

Overall, Annapolis has 17 miles of coastline. The Eastport area of Annapolis was also seeing large waves with the tidal flooding.

Most of the businesses were closed around the city dock, with sandbags protecting their storefronts. Buckley said the city mobilized early with sandbags — but have now run out of sand.

“Let our public safety team do what they need to do during a crisis,” he said. “This is Mother Nature.”

Mark Ham remembers the last time he saw downtown Annapolis flooded. This time it’s worse. He and wife, Lisa feel for the businesses. “We’ll have a drink for the merchants,” he said.

Jen Calhoun and Jill Bradley ventured out, too, and were glad to see many of the restaurants and bars still open.

Diana Milgar will have to wait to see that kind of business next week. The storm canceled her restaurant’s grand opening. “I’m sad. It’s the weather… I can’t change” it, she said.

There were similar scenes in Old Town Alexandria in Virginia, at high tides both in the early morning and shortly after 3:30 p.m.

“We’ve got water about up to people’s knees,” Cooper said. “Some folks, it looks like, were maybe kind of caught off-guard by this. Some folks I’m seeing leaving their businesses and they’re just basically ditching their socks and shoes and rolling up their pants and walking out. I’m not sure if they weren’t expecting it, but boy it’s pretty bad down here.”

It’s barely raining here in #Alexandria and already intersections are submerged, especially King St.
Can’t tell you how many rats I saw fleeing when I walked around the waterfront. @WTOP pic.twitter.com/flqi44Mcka

In D.C., where high tide arrived at 3 p.m., parts of The Wharf in Southwest were largely underwater, including the historic Fish Market.

But that did not stop customers from coming in to get their orders.

Ladawn Byaum said she’s been coming to the Wharf for years and she’s never seen this kind of flooding.

But Jerome Murray knew what to expect. “If you’re a Washingtonian and you’ve lived here all your life, you’re used to this,” he said. Murray placed his order in advance because he already knew what was going on down at the Wharf.

Director of Homeland Security Christopher Rodriguez said, “We’re particularly focused on our low-lying areas that do traditionally flood, such as the Southwest waterfront, Georgetown Harbor, parts of the Navy Yard — and again, what we’re doing is making sure that our businesses and our residents know what to do,” he said.

The Tidal Basin was flooded as of 9:30 a.m., WTOP’s Hillary Howard reports.

Kyle Pallozzi, a meteorologist with the National Weather Service in Sterling, Virginia, said, “This is going to be one of the bigger events that we’ve had in the past 10 to 20 years in our area. Really it’s probably going to be the highest water levels for many locations since Isabel, we’re not expecting it to reach that level, it should be lesser than that, but it’s still is a significant event.”