This morning, our series “Eye on Earth” looks at the punishing drought gripping much of the Western U.S.

Scientists are calling it a “mega-drought” brought on by climate change. 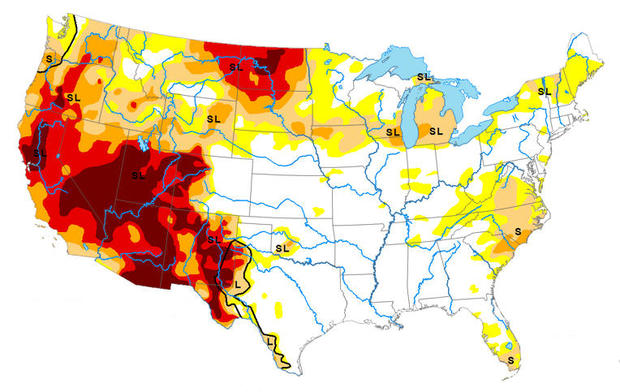 It’s taking a dramatic toll on the Colorado River system that provides water to 40 million people in seven states – and may force the federal government to make a drastic and historic decision.

For more than eight decades, the iconic Hoover Dam has relied on water from Nevada’s Lake Mead to cover up its backside. But now, at age 85, it finds itself uncomfortably exposed. Much of the water the dam is supposed to be holding back is gone.

“This is like a different world,” said Pat Mulroy, the former head of the Southern Nevada Water Authority. She told CBS News senior national and environmental correspondent Ben Tracy that Lake Mead, the nation’s largest reservoir, is on track to soon hit its lowest level ever recorded.

This part of the Colorado River system is a crucial water supply for Las Vegas, Phoenix, and southern California. It makes the vast agricultural land of the desert Southwest possible.

Mulroy said, “This landscape screams problems to me. I mean, just look at the bathtub rings. To me, that is an enormous wake up call.”

Lake Mead is at just 37% of its capacity.

It hasn’t been full since back in 2000, when the water came right up to the top of Hoover Dam:

Since 2000, Lake Mead has dropped 130 feet, about the height of a 13-story building. Islands in the lake that used to be completely submerged are now visible.

Back in 2014 Tracy had visited the dam, and asked Mulroy about water levels at Lake Mead, which she described as being at “a pretty critical point.”

Today, Tracy asked, “If you look at 30 feet lower now, what point are we at?”

“We’re at a tipping point,” said Mulroy. “It’s an existential issue for Arizona, for California, for Nevada. It is just that simple.”

For the first time ever, the federal government is expected to declare a water shortage on the lower Colorado River later this summer. That will force automatic cuts to the water supply for Nevada and Arizona starting in 2022. Homeowners have higher priority and, at first, won’t feel the pain as badly as farmers.

Dan Thelander is a second-generation family farmer in Arizona’s Pinal County. The water to grow his corn and alfalfa fields comes from Lake Mead. “If we don’t have irrigation water, we can’t farm,” he said. “So, next year we are going to get about 25% less water, means we’re going to have to fallow or not plant 25% of our land.”

In 2023 Thelander and other farmers in this part of Arizona are expected to lose nearly all of their water from Lake Mead, so they are rushing to dig wells to pump groundwater to try to save their farms.

“The future here is, honestly I hate to say it, pretty cloudy,” Thelander said.

Back at Hoover Dam, facility manager Mark Cook has his own concerns. Lake Mead has dropped so much that it has cut the dam’s hydropower output by nearly 25%.

Mulroy said a rapidly-retreating reservoir may be the new normal – and the millions of people who rely on this water supply will have to quickly learn to live with less of it. “We don’t change unless we absolutely have to,” she said. “Well, when you look out at this lake, I think that moment of ‘it’s absolutely necessary’ has arrived.” 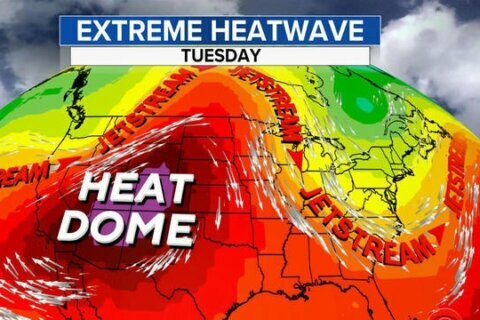 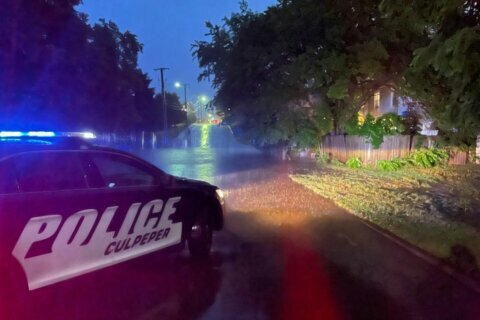