Snow continues in DC region, with a 2nd round coming Monday

South of the District, the snow has pretty much come to an end, but the wintry mix continues, and a second round of snow is on the way for Monday.
Listen now to WTOP News WTOP.com | Alexa | Google Home | WTOP App | 103.5 FM
(1/17) 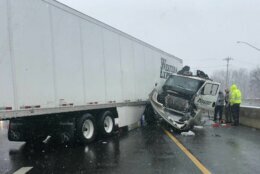 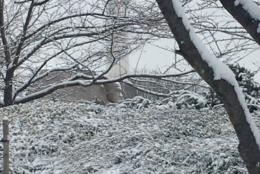 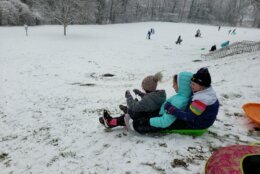 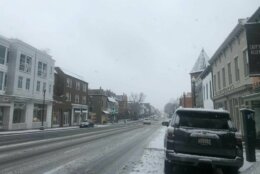 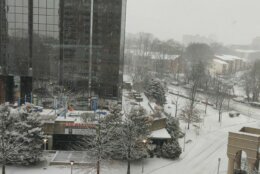 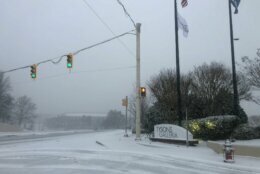 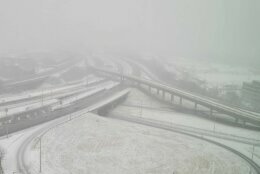 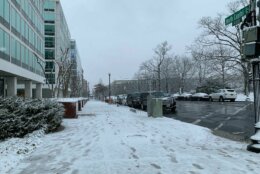 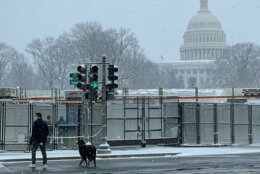 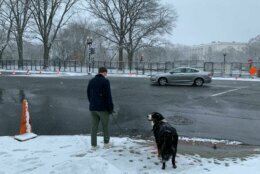 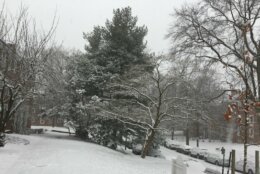 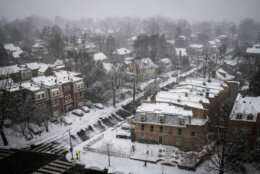 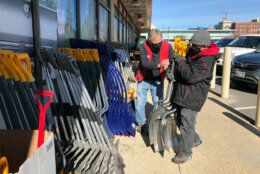 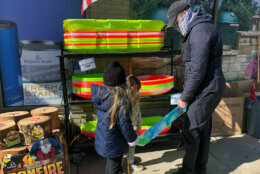 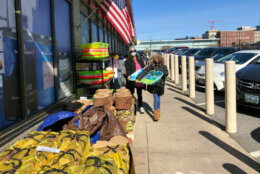 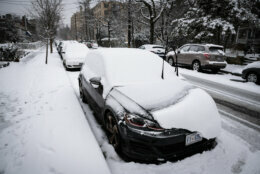 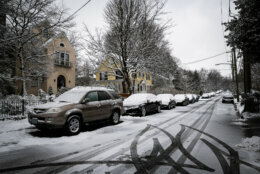 Listen to the latest traffic and weather conditions every 10 minutes on the 8s from WTOP online and on the radio at 103.5 FM or 107.7 FM.

South of the District, the snow has pretty much come to an end, but the wintry mix continues, and a second round of snow is on the way for Monday.

NBC Washington meteorologist Mike Stinneford said at about 4:30 p.m. that the areas with snow included along Interstate 50 from Bowie to Annapolis, as well as the I-95 corridor from Laurel to Ellicott City. There’s rain and sleet in southern Maryland and south of I-66 in Virginia, which can still make a mess.

“A messy bit of snow and ice” extended the length of the Baltimore to Fredericksburg around 6:20 p.m., according to Stinneford.

On I-70 heading toward Hagerstown, Stinneford said sleet and snow was coming down fairly hard, reducing visibility significantly along the highway.

This is the last wave of precipitation before it settles down for the night, per Stinneford, who said it will coat the roads before temperatures drop and surfaces get slick later in the night.

Stinneford added that the wintry mix would continue through much of Monday morning, and that could bring another inch or two on top of that in the northern suburbs on Monday.

It’s a complex system, coming into the area from the Midwest, then redeveloping off the coast, and that’s making the timing difficult to nail down, Ritter said. However, he forecasted an inch or two more for the area over the rest of Sunday, while the precipitation gradually changes over to sleet, freezing rain and rain, before the second round heads into the area in the early hours of Monday.

It’s a heavy, wet snow, Ritter said, difficult to shovel. The bright side?

“A good wet snow is good for snowballs,” he said. “Good snowman snow.”

That is what’s making it so difficult to get around. Crashes have been coming into the WTOP Traffic Center as quickly as the people there can report them.

Ellen Kamilakis, with the Virginia Department of Transportation, told WTOP that “anything that looks wet is potentially icy. … We don’t want anyone to be fooled by the lull that is happening right now.”

She added that crews were working around the clock to keep roads and streets clear, doing the “commerce roads” first.

“We want to make sure that gas deliveries and food deliveries keep coming in,” she said. “We wait until about 2 or 3 inches are on the ground before we go into the subdivisions,” saying that the asphalt is different on residential streets. Thus, “We don’t want to bring in the heavy-duty plows unnecessarily.”

She said that Sunday night would still be dangerous: “Assume that everything is going to freeze tonight.”

As of 9 p.m., Virginia State Police responded to 362 traffic crashes and 321 disabled or stuck vehicles, it said in an email.

And in Montgomery County, Maryland, between 6 a.m. and 6 p.m. Sunday, there were about 180 calls for service, including more than two dozen crashes, said Pete Piringer, spokesman for the county’s fire and rescue service.

The National Weather Service updated its snow totals for a few places in the area as of about 11 p.m.:

As usual, bridges, ramps and overpasses carry the most hazards, and the warning was to “drive defensively,” especially given that snowplow crews could pop up at any time. Secondary roads are also being treated less frequency than highways.

“If you must travel, keep an extra flashlight, food, and water in your vehicle in case of an emergency,” the weather service said. “When venturing outside, watch your first few steps taken on steps, sidewalks, and driveways, which could be icy and slippery, increasing your risk of a fall and injury.”

The District ended its snow emergency at 8 p.m. on Sunday. D.C. originally had the emergency extending from 9 a.m. Sunday through 6 a.m. Tuesday.

Residents are now clear to park their cars along snow emergency routes and lanes since significant plowing was done by the District Snow Team starting at 2 a.m. Sunday morning. Streeteries and parklets can resume operation as well.

D.C. schools will also have virtual instruction on Monday, Feb. 1, which was supposed to the be the first day that public schools in the District returned to in-person learning.

Brine application crews completed a Districtwide spraying of brine and beet juice mix to reduce the temperature where ice bonds with the pavement.

The District Snow Team will use 138 heavy plows to clear the city’s highways, streets, bridges and ramps. An additional 30 heavy plows driven by contractors will add support, and 81 light plows (pickup trucks) will focus on clearing snow from smaller streets, according to the release.

Residents are asked to sign up for AlertDC and to read up on the city’s winter weather tips online.

Several jurisdictions are closing their COVID-19 testing sites and vaccine clinics due to the forecast inclement weather.

Multiple COVID-19 testing and vaccination sites will be closed on Monday, Feb. 1 and may be canceled at sites on Feb. 2 due to winter weather conditions.

Those planning to get tested or receive a vaccination on Monday or Tuesday should consider contacting their provider to verify operating hours and inclement weather procedures.

See all closings and delays.

On Monday, Metrobus will operate on a moderate snow plan, according to a news release from Washington Metro Area Transit Authority.

The release said that service on some routes will be suspended and detours will be in effect on selected routes to avoid areas prone to hazardous conditions such as hilly terrain and narrow streets.

Metro personnel will continually work to clear station platforms, walkways and parking areas for customer safety. WMATA said that minor delays are possible due to de-icer trains running between passenger trains throughout the system.

Amtrak has canceled all trips on its Acela service for Monday due to the winter storm that’s concentrated along the northeastern seaboard.

However, the rail company’s Northeast Regional line, which operates from Boston to D.C., will still be operating on a limited schedule. For more information, visit Amtrak’s website.

In Maryland, several MTA bus routes are being diverted, and Gov. Larry Hogan said people with Motor Vehicle Branch appointments or drivers skills tests should keep an eye out on the MVA website as to any cancellations. He added that vessel activity in the Port of Baltimore should continue, a few terminal operators will be closed Monday.

The state’s MARC train said that while it doesn’t anticipate service delays due to winter weather, “delays and potentially cancellations are possible, especially where higher accumulations or icy conditions are forecasted.” Passengers should visit the MTA’s website for service alerts

Sunday: Snow may mix with freezing rain late in the day, especially from D.C. southward. An accumulation of 4 to 8 inches possible by Sunday evening. High temperatures in the low to mid 30s.

Monday: A mix of snow, sleet, freezing rain and rain. Additional accumulation of possible. High temperatures in the low to mid 30s.

Tuesday: Windy and cold. Chance of snow showers or light flurries. High temperatures in the 30s.

WTOP’s Alejandro Alvarez and Matthew Delaney contributed to this story.