Tornado touches down near Annapolis amid evening of strong storms 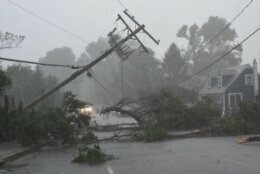 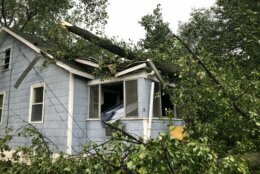 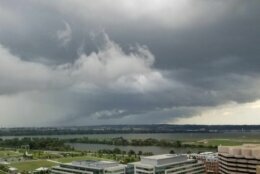 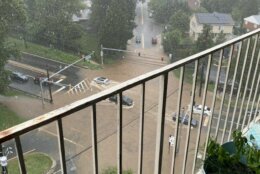 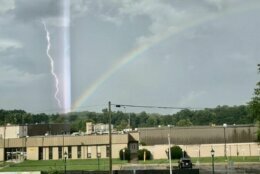 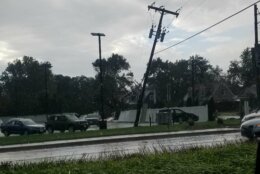 Here’s what you need to know now:

The weather service said the main threat from the storms will be “damaging wind gusts, but tornadoes cannot be ruled out.”

The National Weather Service issued a tornado warning for parts of Anne Arundel County, Maryland, including Annapolis, Parole and Edgewater, until 6:30 p.m.

Just after 6 p.m., the weather service confirmed that a tornado touched down just south of Annapolis in Anne Arundel County. They said the tornado was moving east toward the Bay Bridge and advised everyone in the area to take cover.

WTOP’s Dave Dildine reported scenes of damage consistent with a tornado along Route 2, just south of the South River Bridge. Numerous trees and power lines down along with damage to the siding and shingles of some houses.

The weather service also issued a flash flood warning for D.C. and eastern Montgomery County that will remain until 8:30 p.m.

Much of the D.C. region is under a tornado watch until 10 p.m.

The weather service asked that residents stay alert to current weather conditions in their areas and to be ready to respond if hazardous conditions form.

Be Aware: There is a POTENTIAL for TORNADOES and DAMAGING WIND GUSTS from severe thunderstorms this afternoon & early tonight for a large part of our area. Stay weather aware & be ready to seek shelter if warnings are issued or severe weather threatens. #vawx #mdwx #dcwx #wvwx pic.twitter.com/GB9xtpM4WE

Storm Team 4 meteorologist Mike Stinneford said the threat for serious storms would not diminish until after sunset.

“The main trigger for these storms is a strong cold front that is not likely to arrive until sometime around noon on Friday,” said Storm Team 4 meteorologist Chuck Bell.

He said that makes timing out the storm chances a little tricky and could help to keep the storms going well after sunset.

September tornadoes are not unheard of, but locally, the threat of tornadoes lessens by late summer and early fall.

The D.C. region’s most recent documented September tornado was a whirlwind that blew through Laurel, Maryland, on Sept. 29, 2015.

The weather service determined that numerous fallen trees and some roof damage was the work of a weak EF-0 tornado.

A couple of short-lived tornadoes briefly touched down along Route 234 in Southern Maryland in early September 2011.

Although Virginia’s Richmond area saw several twisters in September 2018, there haven’t been any confirmed September tornadoes in Northern Virginia since an exceptional severe weather outbreak in 2004.

By nightfall on Sept. 17, 2004, dozens of twisters had touched down, marking Virginia’s largest tornado outbreak in recorded history. 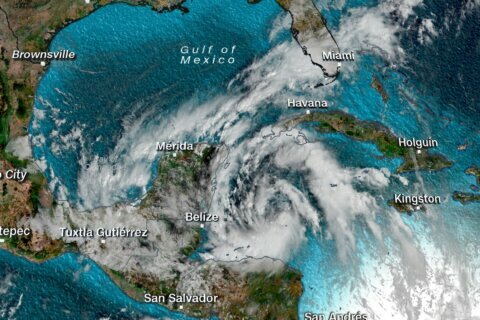