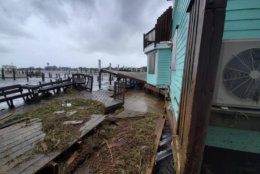 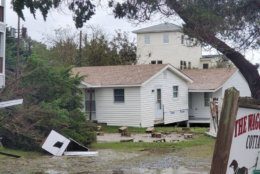 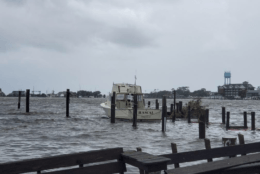 When Hurricane Dorian went over North Carolina’s Ocracoke Island early Friday, wind gusts of more than 100 mph were not the problem; it was the storm surge that sent water rushing over the island.

“We’re used to hurricanes; we’re not used to this,” said Byron Miller, a resident of the island.

“It went from pretty much no flooding to, I’d say, 7 feet of tide in a matter of an hour or so,” Miller said.

The community on the island — which is only accessible by ferry — spent months rebuilding after Hurricane Matthew caused widespread flooding in 2016. This time around, Dorian brought water at least 3 feet higher, Miller said. Many of the people who had homes or businesses not built 7 feet above sea level found their buildings inundated with water.

“I know some people did have to go up in their attics,” he said.

Police with tall military-style trucks and residents with boats helped rescue stranded neighbors and took them to a nearby fire station, Miller said.

On Facebook, Miller live-streamed video of his walk through the waters, pointing out his waterside office that was among the buildings damaged by the storm surge.

The Ocracoke Island community is close-knit, and Miller said its residents are coming together to help one another — as they have done with other storms. Many are sharing resources, he said, including generators and extra gas.

After seeing firsthand the devastation of what he called an “epic flooding event,” Miller said what this storm left behind is something from which his community will have to dig out for months to come.

“It’s worse than anybody’s probably ever seen here,” he said. 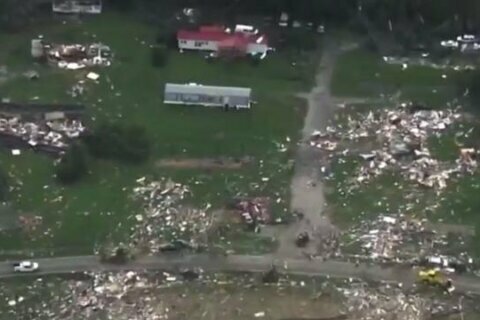