A look at DC hail history after Sunday’s storms, from pennies to softballs 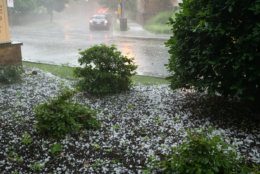 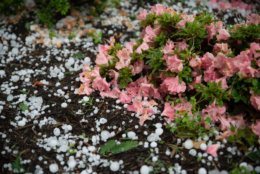 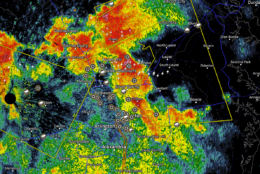 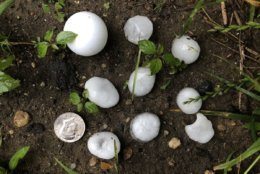 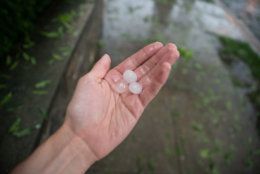 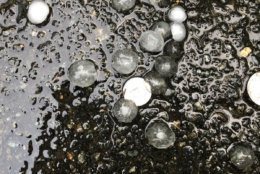 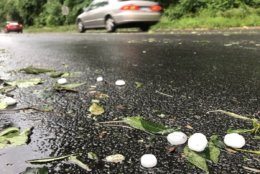 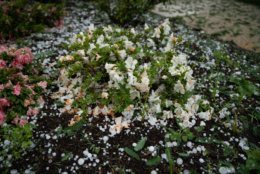 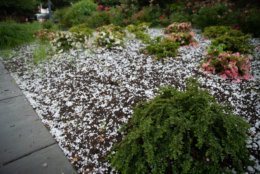 Parts of the D.C. region received a rare dose of large and loud hailfall Sunday afternoon. Reports of ping pong ball and golf ball sized hail were received by the National Weather Service in a swath from Great Falls to Northwest Washington, and from Rockville to Aspen Hill, Maryland.

The last time golf ball sized hail fell in D.C. was on Capitol Hill in July 2016.

The National Weather Service uses hail size estimates from trained weather spotters to verify the issuance of their weather warnings. A severe thunderstorm warning was in effect for Montgomery County and the District of Columbia well in advance of the hailfall on Sunday afternoon.

By definition, a storm is considered severe if it produces hail stones of 1 inch in diameter or larger — roughly the diameter of a quarter.

The NWS revised its criteria for severe hail about a decade ago. Penny sized (0.75 inches) and nickel sized (0.88 inches) hail stones are nowadays considered sub-severe, as it typically causes minimal property damage.

Most hailfalls feature a mix of hail sizes, with the largest hail stones widely spaced out. The hail stones can be estimated by comparing them to familiar objects like coins, fruits and sports balls after the danger passes.

Most people are familiar with the general size of a golf ball, which could be why golf ball sized hail is so often reported. Hail records maintained by the National Climatic Data Center show a disproportionately high number of these 1.75-inch hail reports compared to 1.5 and 2-inch diameter hail reports.

The weather service, media and researchers prefer exact measurements from a ruler or calipers if possible.

To those who are wondering YES my @NWS_BaltWash “hail bag” finally paid off and thankfully we didn’t need the fast-pitch or regulation softballs. H/T to @NickWTOP for the 2.25” billiard ball. pic.twitter.com/ekxyexqVu0

Hail can become destructive when the balls of ice eclipse 2 inches in diameter. Hail of that magnitude will crack windshields and smash more fragile windows.

Tennis ball and baseball sized hail (2.5 inches and 2.75 inches, respectively) crashed into parts of Rockville and Waldorf, Maryland, on May 2, 2016. It was the largest hail ever recorded for Montgomery County. Significant vehicle damage occurred at car dealerships along Rockville Pike.

Hail larger than baseballs is exceptionally rare in the D.C. area, but there have been a few reports of giant balls of ice born from thunderheads in recent times.

On June 16, 2016, hockey puck sized hail measuring about 3 inches in diameter slammed into Bluemont, Virginia and Mount Weather. A year prior on June 23, 2015, hail up to the size of a regulation softball (about 4 inches) was reported north of Baltimore.

The largest hail on record in Maryland was unleashed by the same storm that produced the devastating La Plata tornado in April 2002. That supercell thunderstorm spewed hail stones up to the size of grapefruits, 4.5 inches in diameter, across a wide swath of southern Maryland, adding to property damage totaling upwards of $115 million.

The largest hail stone ever recorded in the U.S. was nearly as big as a volleyball. It plummeted to the ground in Vivian, South Dakota, on July 23, 2010. The massive hail stone was 8 inches in diameter and weighed about 2 pounds. 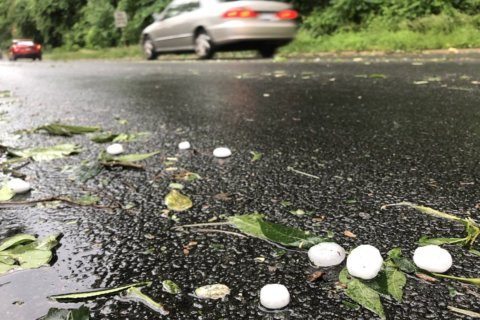 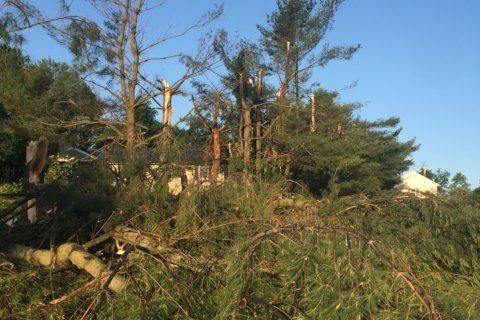 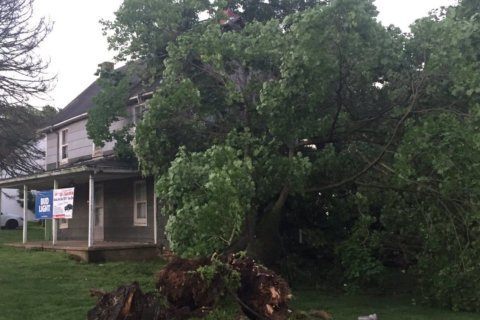