Winter weather makes its annual debut Thursday around the D.C. region., with a mix of snow, sleet and freezing rain set to greet morning commuters. It's already resulted in area schools changing up their plans for the day. Here's the latest.
Listen now to WTOP News WTOP.com | Alexa | Google Home | WTOP App | 103.5 FM

WASHINGTON — As winter approaches, so do the first traces of snow in Thursday’s forecast for the D.C. region, and the wet misery will arrive just in time for the morning commute. School systems around the region are already announcing delays and closures ahead of the slippery weather.

The mix of winter weather and steady rain will impact the entire D.C. area throughout the day. Slippery roads with a few icy patches are expected.

A winter storm advisory has been issued for much of the D.C. area through Thursday afternoon. A winter storm warning is in effect along the Shenandoah Valley, which could get up to 5 inches of snow.

“A wintry mix of precipitation will overspread the area late tonight and Thursday morning, continuing through the day,” the National Weather Service tweeted Wednesday evening.

A wintry mix of precipitation will overspread the area late tonight and Thursday morning, continuing through the day. A changeover to rain will occur across areas east of the Blue Ridge during the midday hours. See images for more details. Use caution if driving or venturing out. pic.twitter.com/pUX1w3ISKi

High pressure will push cold air into the region Wednesday and then dam it up against the front of the Appalachian Mountains on Thursday, as moisture from the Gulf of Mexico rides up over the top of it, according to Storm Team 4 meteorologist Chuck Bell.

Thursday’s precipitation will start as snow in the Shenandoah Valley, Bell said. However, warmer air aloft that will be coming along with the moisture — and the daytime heating — will likely cause the snow to become a brief period of freezing rain and sleet before becoming mostly rain by late afternoon.

The D.C. area, especially the western and northern suburbs, will most likely start out as sleet, with some snow mixed in, before changing to all rain by late Thursday morning. There’s also, unfortunately, the potential for some freezing rain.

Southern Maryland and the Eastern Shore can expect just rain.

Travel impacts are most likely along Interstate 81. If you have travel plans to drive out of the area, Bell said, use I-95 instead.

On Thursday night, there will be a chance that the rain will briefly change back over to snow for the Shenandoah Valley and northern Maryland before ending very early Friday morning.

“By the afternoon and evening hours, most of us are just going to be dealing with wet roads,” said Storm Team 4 meteorologist Amelia Draper.

The change back to snow is unlikely for the D.C. area, so the Friday morning commute is more likely to be slow than slippery.

The weekend and much of next week is expected to be chilly but without all the precipitation this Thursday is bringing.

WTOP’s Teta Alim and Jack Pointer contributed to this report. 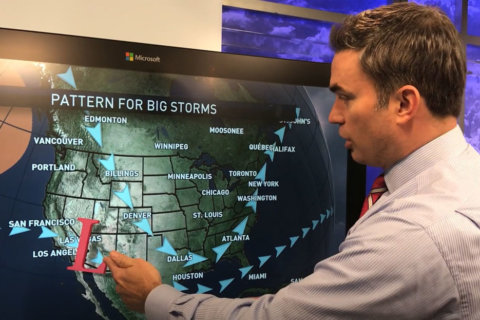 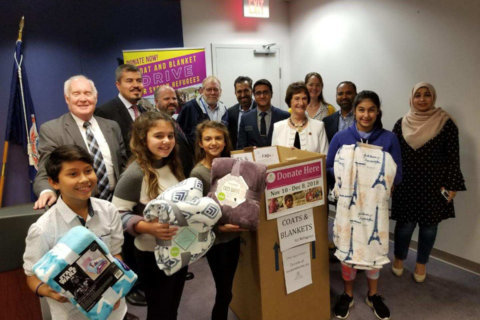