Mix of rain, snow makes for a wet Wednesday commute 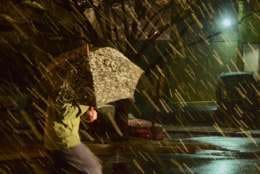 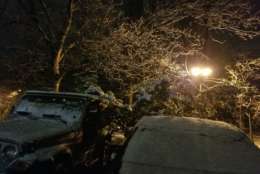 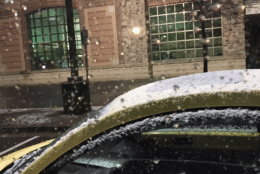 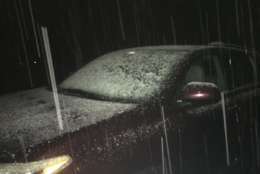 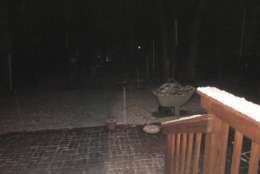 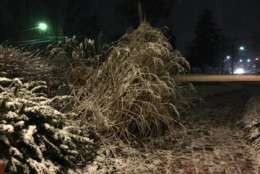 WASHINGTON — Spring may be two weeks away but winter is rallying for, what is hopefully, its last hurrah.

Rain turned into snow Tuesday night, but much of the snow came to a stop early Wednesday morning,

However, the NWS released a total snow forecast early Wednesday morning showing less than one inch of accumulation by 7 a.m. in most parts of the region. The heaviest snowfall totals will be north of Baltimore with 6-to-8 inches.

This is our total snow forecast, which includes snow which has fallen since yesterday. There remains uncertainty with the final totals, however. Winter Storm Warnings and Winter Weather Advisories are in effect for parts of the area – see https://t.co/jmfOhA5LNv for details. pic.twitter.com/jVOBj9ypW8

Storm Team4’s Chuck Bell said that this winter weather event was “just a bit outside” of the immediate D.C.-area. But those traveling north on Wednesday should take extra care.

Temperatures at 5:30am are almost all above freezing. It's cold enough to support some wet snow but warm enough to keep the roads from icing over. That said, take it easy out there this morning. High low/mid 40s later today. #Working4You pic.twitter.com/Wvabhbmvrl

Roads may be slushy during the early part of Wednesday’s commute.

WTOP’s Bob Immler said the snow began to stick in some major roadways around 10 p.m., including Route 50 in Bowie, parts of the Beltway in Prince George’s County and Route 4 in southern Maryland.

The wet snowfall was heaviest in areas east and southeast of the Beltway.

The snowy weather brought about a spike in power outages in the area, after utility companies worked to restore power to residents affected by Friday’s windstorm.

Precipitation stops Wednesday evening, and the temperature will fall into the 20s and 30s Wednesday night.

The National Weather advisory for portions of northeast Maryland lasts through Wednesday afternoon, with possible accumulation of two to five inches of snow.

Find the latest on any closings and delays on WTOP’s Closings and Delays page.

Wednesday: Morning rain, potential for snow to the north. Highs in the mid-40s.

Friday: Partly cloudy, breezy and cold. Highs in the lower-40s.

Currently there are no delays at local airports. Check FlightAware for the latest updates.

MARC said in a news release that it anticipates normal operations between Baltimore and Washington. However, service north of Edgewood may be affected. Check MARC for the latest service updates.

Amtrak Northeast Regional and Acela Express will be on a modified schedule between D.C. and Boston on Wednesday, in preparation for the storm.