This is not a drill: DC area could get up to 12 inches of snow 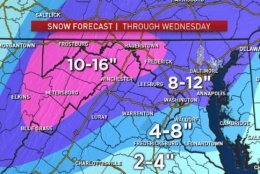 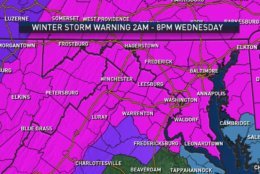 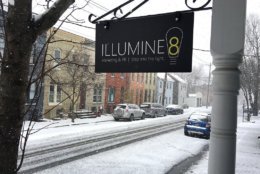 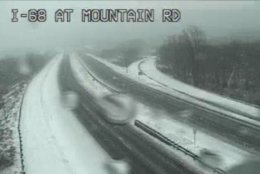 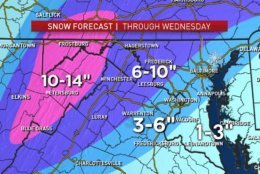 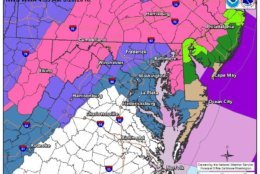 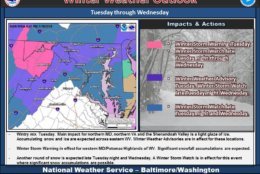 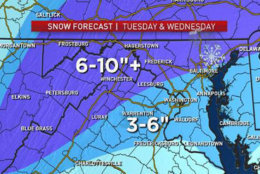 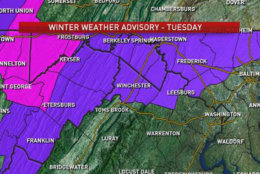 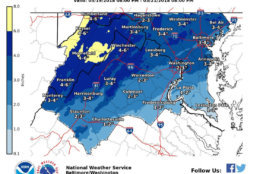 WASHINGTON — The D.C. area is getting the heavy snowfall it’s mostly dodged this winter — an expected 8–12 inches, according to Storm Team4 Meteorologist Doug Kammerer.

Portions to the north and west could see up to 16 inches when the system rolls in early Wednesday, while portions to the south will get off easier — up to 8 inches. A Winter Storm Warning has been issued for most of the D.C. area from 2 a.m. through 8 p.m. on Wednesday. Expect hazardous travel conditions.

Kammerer thinks the snowfall will be historic. “We haven’t seen a storm similar to this this late in the season for about 50 years,” he said, referencing a storm in March 1964.

D.C.-area schools were already bracing for the wintry conditions. The University of Maryland, College Park, has already announced it will be closed Wednesday, and dozens of other schools are likely to follow suit going into Tuesday evening. (Check a regularly updated list on WTOP’s Closings & Delays page.)

Comcast has offered to help residents in the D.C. area stay connected during the storm by opening more than 3,500 Xfinity WiFi hotspots at select outdoor and business locations. This free service is available to anyone — including non-Xfinity Internet customers — through Monday, Mar. 26.

Amtrak has canceled dozens of Northeast region trains running Wednesday. That includes several Acela trains to New York and Boston, as well as one train along the Capitol Limited line to Chicago and two trains each along the New York/Miami Silver Meteor and Silver Star lines.

Read more about the forecast’s impacts on Amtrak and Metro.

MTA Commuter Bus Service will not operate Wednesday, except Route 201, which will operate on regular weekday service as long as possible through the severe weather conditions.

The Maryland Department of Transportation State Highway Administration had crews pre-treat highways and bridges in northern counties in advance early Tuesday, as nighttime temperatures will increase the chance of roads refreezing.

Major interstates from DC to Philadelphia to NYC by 7AM Wednesday will be seeing wet snow! Temperatures expected to be at or below freezing, which could cause roads issues. pic.twitter.com/AlAQPDR2Ex