Holidays: 'Enchant' shines with millions of lights in Nats Park | Where to see holiday lights | Send in photos of decorations | How to give greener this season
Home » Weather News » Severe winds leave more… 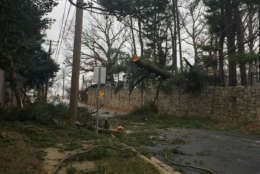 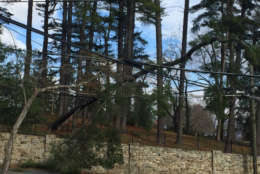 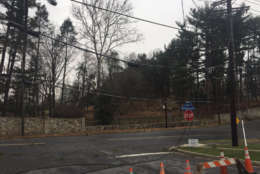 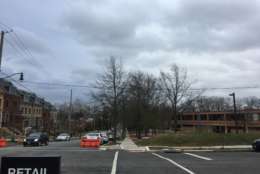 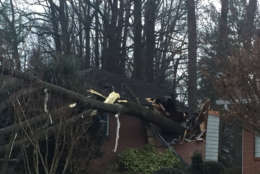 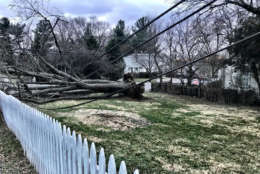 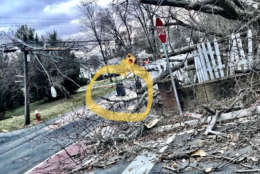 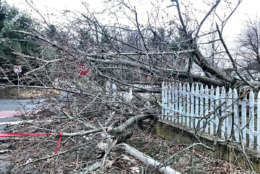 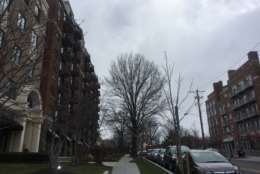 As of 11:50 p.m. Friday, more than 600,000 customers in the D.C. area were without power. The strong winds are complicating efforts to restore power, officials with local power companies say, and it may take a while to turn the lights back on.

The effects of those severe winds prompted both Virginia Gov. Ralph Northam and Maryland Gov. Larry Hogan to declare states of emergency.

Friday afternoon, Amtrak announced that all service along the Northeast Corridor was being suspended for Friday, one of several major travel disruptions Friday spurred by the severe winds.

A high wind warning is in effect for the D.C. area until 6 a.m. on Saturday. The National Weather Service warned of sustained winds of 30 to 40 mph, with isolated gusts exceeding 80 mph. The gusty winds, which are part of a tail end of a powerful storm that had stalled off the Northeast coast, are expected to last throughout the day and into the evening Friday.

The National Weather Service said the winds at Dulles International Airport gusted to 71 mph shortly after 11:30 a.m. Friday, rivaling the wind gusts at the airport during the 2012 derecho. That was the strongest wind gust felt in Northern Virginia during the first part of the day Friday.

In D.C., the strongest wind gusts were 66 mph, recorded at both Catholic University and American University Friday morning (Gusts of 58 mph hit both the National Mall and the U.S. Capitol).

In suburban Maryland, the strongest wind gusts were 69 in Gaithersburg in Montgomery County; and 67 mph in Upper Marlboro in Prince George’s County.

In addition to the power outages, the winds sent trees and branches crashing into homes and roadways: A 100-year-old woman in Kensington, Maryland, suffered serious injuries overnight when a tree crashed into her house. And a driver was critically injured when a tree partially crushed his car in Northwest D.C. Friday afternoon.

There were also reports of multiple tree branches blocking roads across Northern Virginia and suburban Maryland. Fairfax County police said an officer was injured by a falling tree Friday morning while responding to weather-related incident. The officer was taken to the hospital and was expected to be OK.

The windstorm made driving around the region difficult at times. There were several road closures due to downed trees.

Mark Brady, a spokesman with the Prince George’s County Fire Department, said they had responded to 600 incidents between midnight and 3 p.m. Friday — most of them wind-related. The department typically responds to a total of 400 incidents in a full 24-hour shift.

The wild, whipping winds also spurred all major school systems in the D.C. area to close their doors.

Dominion Energy in Northern Virginia reported more than 192,000 customers without power, with about 110,000 outages in Fairfax County alone.

“What we’re finding is that as soon as we get power on in some location, we’re starting to see outages elsewhere,” said Le-Ha Anderson, a manager with Dominion Energy.

The strong winds also make it extremely difficult for crews to safely restore power in some cases.

“I would say that we should expect there maybe some lengthier power outages than we’re accustomed to, but that is in the hopes of keeping people safe,” Anderson said. “We will do our best to get up into the bucket trucks to climb the poles, but we also need to make sure our crews are safe.”

As of about 8 p.m., Pepco reported about 216,000 customers were without power in D.C., Montgomery and Prince George’s counties.

“It’s going to be an ongoing event,” said Pepco spokesman Marcus Beal. “We’ll respond really to each individual that we get, take care of that and then really it’s a matter of responding as quickly as we can to the next outage.”

Beal said crews are currently responding to outages. However, they will suspend operations if the winds pick up and crews think it is unsafe outside.

The winds caused several traffic tie-ups and other headaches on the roadways Friday.

In Maryland, there were off-and-on temporary closures of the Bay Bridge because of excessive winds. The Tydings Bridge, the Hatem Bridge and the Harry Nice Bridge were closed Friday for more extensive periods of time. It’s not just trees that drivers have to contend with, lots of debris like garbage cans and traffic barrels are being blown into the roads.

The gusty winds made for hazardous travel conditions, especially for drivers in trucks, vans and SUVs.

The Montgomery County Office of Emergency Management released a list of county and state road closures.

Officials with the Maryland Department of Transportation’s State Highway Administration urge drivers to stay informed about conditions and “make smart travel decisions” Friday morning. Visit www.md511.org for real-time travel alerts and conditions, follow them on Twitter, or “like” their Facebook page.

The Maryland Transportation Authority suggests that you check out wind warnings and restrictions criteria on the authority’s website.

Metro remained open Friday, although many other transit services stopped operations. On Metro, trains on all lines were operating at slower speeds above ground due to the high winds.

MetroAccess customers should consider canceling their trips if travel is not essential.

Read more about travel around the D.C. area Friday.

MARC Train service was suspended on Friday. The Maryland Transit Administration said there were reports of trees falling on tracks and signal problems early Friday morning. Updates on Saturday Penn Line service will be provided by Saturday morning.

MTA Maryland also canceled commuter bus service to the Eastern Shore due to the weather.

Virginia Railway Express announced it was canceling service Friday “out of an abundance of caution due to the severe winds.” Regular service will resume on Monday.

In Maryland, commuter bus service will not operate in Queen Anne’s County due to the possibility of travel restrictions on the Bay Bridge. (Sign up for related alerts on the Maryland Transit Administration website.)

Winds will begin to lighten up somewhat heading into Saturday, with sustained winds at 25–35 mph and occasional gusts of over 50 mph on Friday night.

Federal offices in the D.C. area were closed Friday. Emergency and telework-ready employees required to work must follow their agency’s polices, including written telework agreements.

All major school systems in the D.C. metro area were closed, either because of the windy conditions or parent teacher conferences. 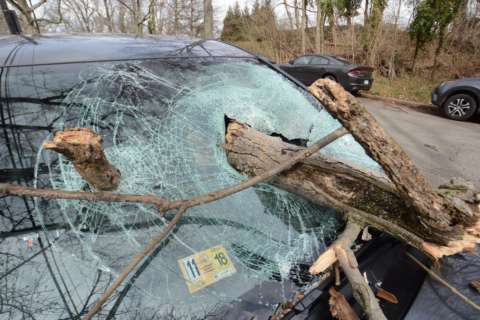 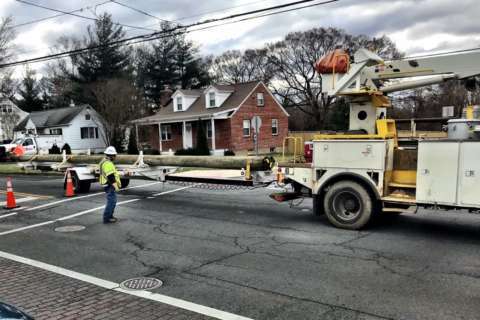