The wintry mix Saturday left behind slushy, wet roads. The National Weather Service warned of patchy ice on sidewalks and roads, especially north and west of the immediate D.C. area.
(1/19) 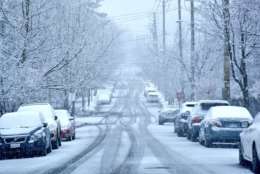 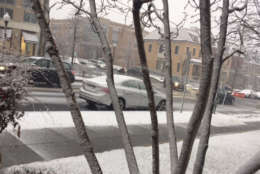 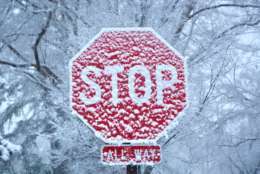 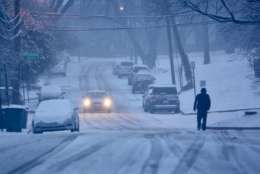 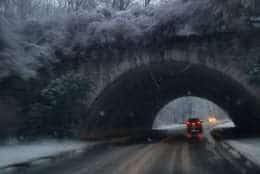 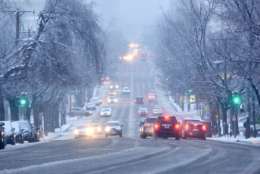 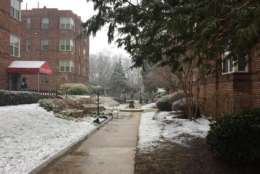 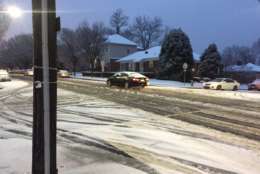 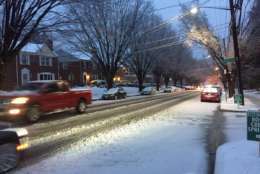 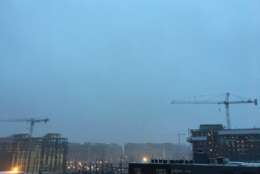 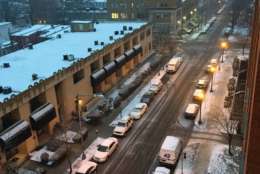 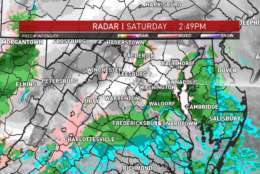 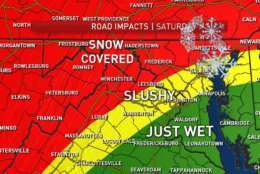 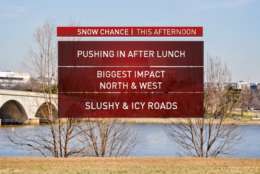 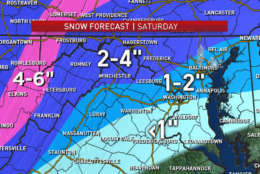 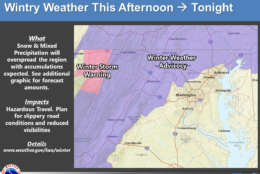 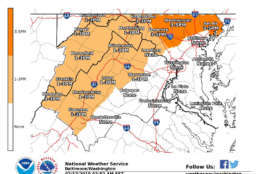 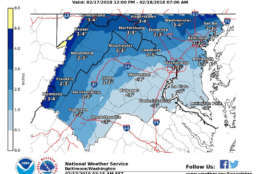 WASHINGTON — Despite the mild weather Saturday morning, clouds moved in, the skies grew dark across the D.C. region, and rain and snow moved in.

The wintry mix left behind slushy, wet roads and temperatures near the freezing mark raising concerns about refreezing Sunday morning. The National Weather Service warned of patchy ice on sidewalks and roads, especially north and west of the immediate D.C. area.

With temperatures near or below freezing across portions of the region, watch for patchy ice on area sidewalks and roads early this morning, especially north/west of the immediate DC/Baltimore metros. Any issues will melt away shortly after sunrise with highs approaching 50F. pic.twitter.com/EY8C7qPSWX

But temperatures at or near 50 are expected later in the day.

The National Weather Service issued a winter weather advisory for the D.C. metro area at 5 p.m. Saturday lasting through midnight.

The arrival of the precipitation caused some traffic travel headaches Saturday evening. A number of weather-related crashes were reported by Loudoun County Sheriff’s Office, including a major accident on Sully Road/Old Ox Road.

Commuters should plan on slippery road conditions and reduced visibility. The National Weather Service urges drivers to use caution while driving.

An area of low pressure brought in the mix of snow, rain, sleet and some pockets of freezing rain across the D.C. area Saturday afternoon and into the evening. Northern Maryland is expected to be the worst affected area with 2–4 inches of snow possible.

As this mixed precip. continues to fall and continues to melt and some of it continues to evaporate, the air and the ground will continue to cool. Temps will fall slowly from here on through the evening. pic.twitter.com/9Vlvb1GFPN

“If you live in southern Maryland and down toward the Northern Neck accumulation is still on track to be less than an inch, if any,” said Storm Team4 meteorologist Somara Theodore.

“For those living in the D.C. metro area and suburbs surrounding it, accumulation will be difficult. Temperatures reached the low 40s todayand we had quite the warm up this week. Therefore, those living in and around the beltway are still on track to receive 1 to 2 inches,” said Theodore.

Farther north into areas such as Frederick, Maryland, and parts of northern Montgomery and Howard counties, there could be 2 to 4 inches of snow.

Snow quickly covered the grass in D.C, according to WTOP’s Brandon Millman.

Of course it was near 70° a couple days ago, and now there’s snow falling & sticking… sure, why not? @WTOP pic.twitter.com/ASmobx8ja4

In West Virginia, Gov. Jim Justice declared a state of emergency early Saturday after heavy rains triggered flooding throughout the state. The storm is expected to affect West Virginia through the weekend and the state’s National Guard is on standby.

All the rain and snow in the D.C. metro area is expected to end by midnight.

Sunday will have clear sunshine with temperatures rising into the lower-50s.

Looks like this will end up being a “warmer than average” February. Our first 70° was yesterday and there’s a chance for 2 more next week. Tomorrow’s snow will be 1-2″ at most. Temps will be cold enough to allow snow tomorrow, but just barely. pic.twitter.com/Y16WDXasPO

There might be some icy patches early Sunday morning, but the clouds will decrease and temperatures will reach the 50s.

Some light showers are possible on Monday with highs in the mid-50s.

Tuesday will feel like spring with temperatures getting into the 70s.

Check WTOP’s weather page for updates on conditions and WTOP’s traffic center to see how the winter weather is affecting the roads. 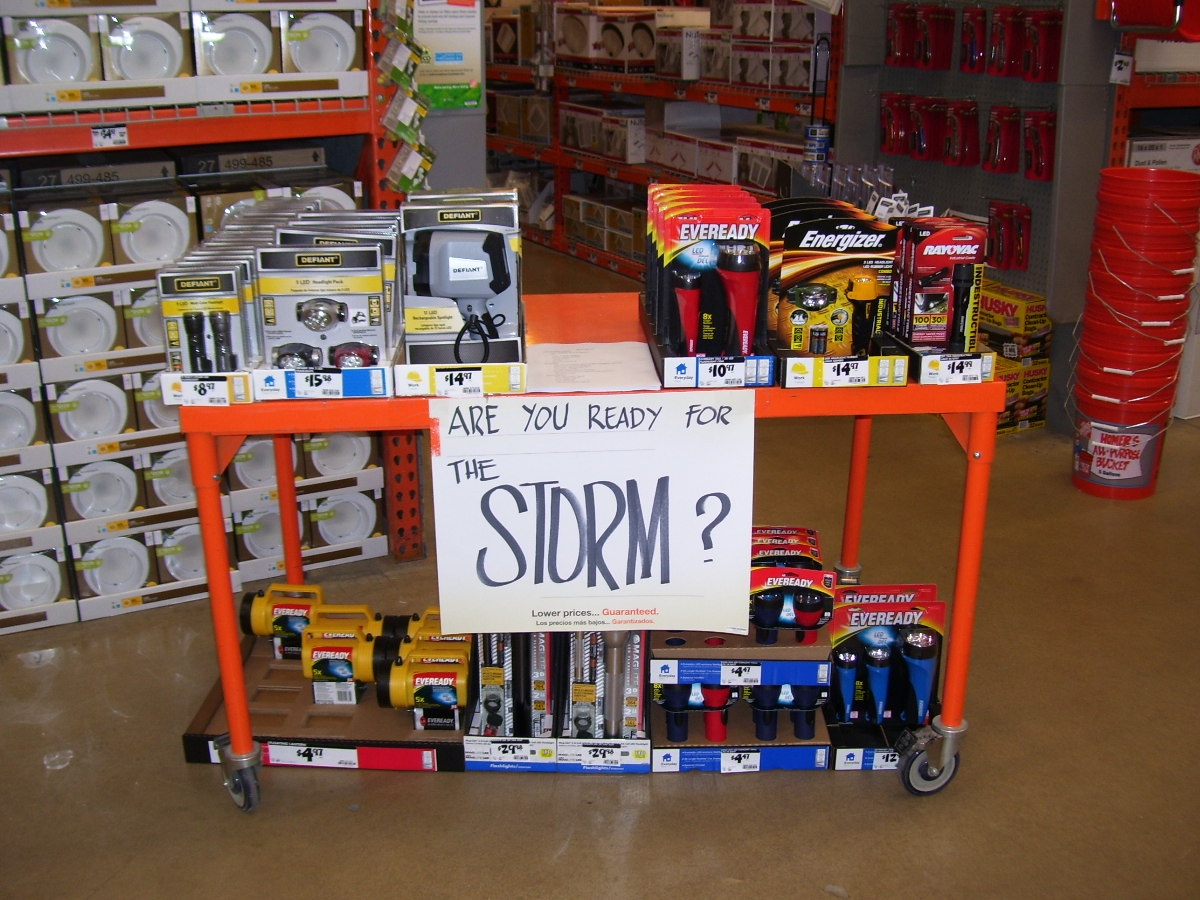 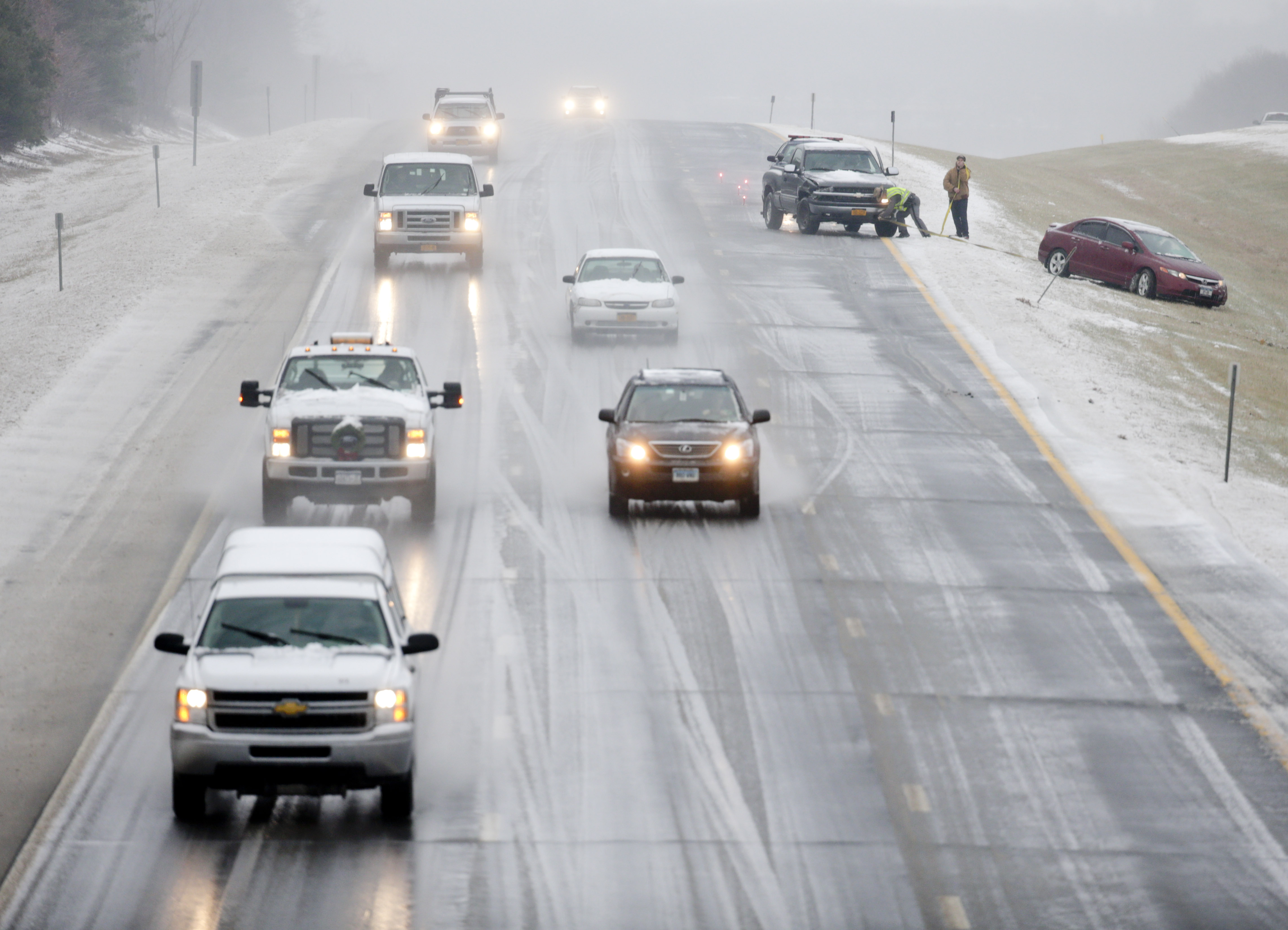 Tips for driving in the snow from WTOP’s traffic experts

Winter weather safety: Tips for walking in snow and ice