With Russell Westbrook acquired in an offseason trade, combined with Bradley Beal coming off his best season, the Wizards were expected to be competitive in the Eastern Conference. Instead, they got off to a slow start.
Listen now to WTOP News WTOP.com | Alexa | Google Home | WTOP App | 103.5 FM

Washington Wizards General Manager Tommy Sheppard knows his business is all about results, but when thinking about the first 34 games of the season that produced a 14-20 record, he appreciates the team’s resilience and resolve.

With Russell Westbrook acquired in an offseason trade, combined with Bradley Beal coming off his best season, the Wizards were expected to be competitive in the Eastern Conference. Instead, they got off to a slow start. Westbrook was battling a quad injury that prevented him from playing on the second of back-to back nights — and in the 10th game of the season, a loss to Miami, starting center Thomas Bryant was out for the season with a knee injury.

“We know we are better than our record, but I understand you are exactly what your record is,” said Sheppard. “We have a lot of work to do to dig out of this hole that we got ourselves into early, but I couldn’t be more thrilled with the way the team has stayed together through everything we have been through.”

Sheppard credits the ability of head coach Scott Brooks to project the calm the Wizards needed to get through their rough start to the season. After they lost Bryant to injury, the Wizards responded in the next game on Jan. 11 with an impressive 128-107 win over the Suns.

Instead of the win over the Suns becoming a turning point of the season for the Wizards, what happened next was almost a breaking point. The team was forced to shut down for 13 days while they dealt with COVID-19. At one point, the Wizards had six players in the NBA’s health and safety protocols.

Emerging from the shutdown, the Wizards looked like a team that was not allowed to practice for almost two weeks. They lost four straight games before closing January with an improbable 149-146 win over the Nets, where they scored eight points in the final eight seconds.

“I think the leadership of Bradley Beal and Russell Westbrook also provided the steel we needed,” said Sheppard. “If anybody on the team was thinking, ‘hey this is too hard for me, I don’t want to do this,’ they just had to look at the leaders on the team and what they’re doing, and their commitment and everybody else just falls in line.”

Westbrook is showing signs of being fully healthy. He is playing now on the second of back-to-back games and recently, in only his 24th game with the Wizards, set the franchise single-season record with his 10th triple double in a win over the Timberwolves. It is also probably not a coincidence that Beal is leading the NBA in scoring at 32.9 points per game with Westbrook as his teammate.

“Russell’s done a remarkable job in helping elevate Bradley as a player and Bradley as a leader,” said Sheppard.

“It’s tough for one person to lead a team all the time. Now Beal has that co-pilot next to him, helping him, and I think that’s been tremendous. With Russell, it’s another person to lead by example and show our young players the way. Most of them grew up playing him on video games and now they see the work it takes.”

Beal has certainly put in the work, and now in his ninth season with the Wizards, continues to go from strength to strength. Last year with John Wall injured, Beal still reached career highs in points and assists despite being double and triple-teamed. This season, in addition to leading the NBA in scoring, Sheppard appreciates how Beal has improved his defensive game.

“He’s not somebody that draws attention himself. He is not a bragger, he is a doer,” said Sheppard. “He has become a complete all-around player. We always talk about (how) we will know what you did in the summer by what you do in the winter. Each season, he has added something to his game because of the work he has done in the off season.”

It is also worth noting that Beal is tops in the league scoring even though he is only shooting 33% from three-point distance, which is below his career average of 37%. Beal said after he scored 26 points in the NBA All-Star game that he will be better shooting beyond the arc in the second half of the season.

Already, there are signs the Wizards’ best basketball might be ahead of them. To go with the eighth best offense in the NBA at 114.8 points per game, the Wizards have improved on the defensive end — and, as a result, won eight of their final 11 games before the All-Star break. Now, the trick for the Wizards will be to build on their newfound momentum while playing 38 games in 66 days in the dash to the end of the regular season.

“The most important thing is health and to be able to have active rest and really to be able to implement scouting reports on the fly,” said Sheppard. “There are going to be a lot of games packed in, and not a lot of practice. We will need to rely on the players’ professionalism, and I think we have that.” 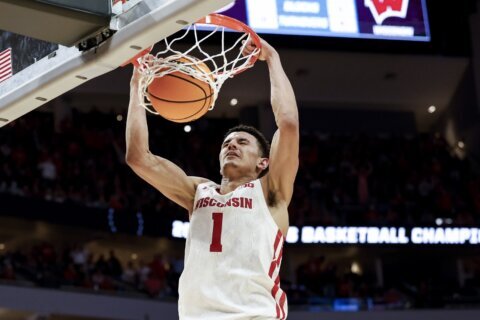 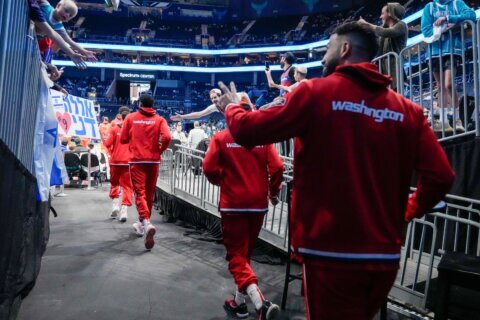 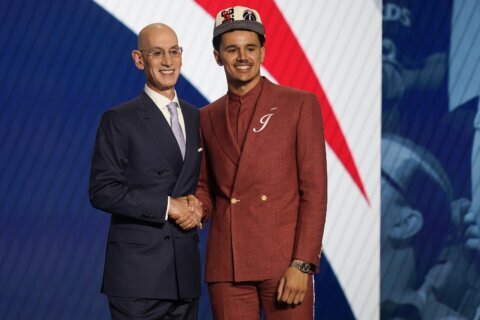