Brooks: Wizards still need to get back into 'NBA rhythm' originally appeared on NBC Sports Washington

The Wizards played their first game in 11 days Sunday night against the Spurs, and the effects of their long layoff showed in a 121-101 loss on the road.

There were a lot of short misses on jumpers, uncharacteristically bad passes in traffic and a few missed assignments on defense that allowed the Spurs to pull away late. While the Wizards don’t expect anybody to feel bad for their current situation, it’s not easy to get your rhythm back after having six straight games get postponed.

“If you haven’t played in a while, it takes a while, you can’t just turn the switch on,” Scott Brooks said after the game. “Your team or individual players can’t just turn it on. I’ve been around the league a long time, and you need some rhythm. We were out of sync in that second half.”

The Wizards didn’t experience the same offensive output they’ve become accustomed to early on, given they were without several key contributors like Davis Bertans, Rui Hachimura and Deni Avdija. Still, they trailed by just one at the half thanks to some scrappy defense led by Robin Lopez and Isaac Bonga.

Then the game slipped away in the final two quarters. The Wizards were outscored 72-53 in the second half to suffer their ninth loss of the season. Brooks was happy with how hard his team played but acknowledged the unique challenges facing his team as they navigate their schedule post-outbreak.

“With what we’ve gone through, I liked the way our guys competed,” Brooks said. “We’ve got another day to regroup, we’ve got two more cracks on this road trip, but I think all of our guys are gonna have to get back in an NBA rhythm.

“It’s been totally taken away from us,” he continued. “We have a game, we have a flight, we’re at a hotel, we’re at a practice, those are our normal routines of an NBA season and we didn’t really do anything for two weeks other than practice the last two or three days.”

The Wizards have two more games on the road (Rockets and Pelicans) before returning home next week to host Kevin Durant, Kyrie Irving and James Harden’s Nets.

Watch the Wizards take on the Houston Rockets Tuesday at 8 p.m. on NBC Sports Washington 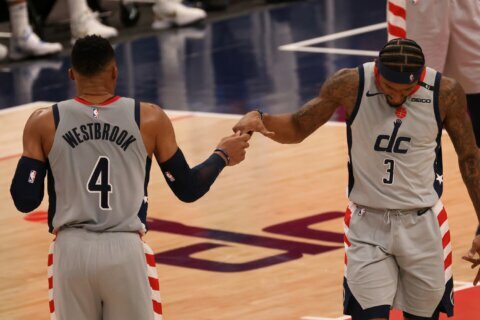 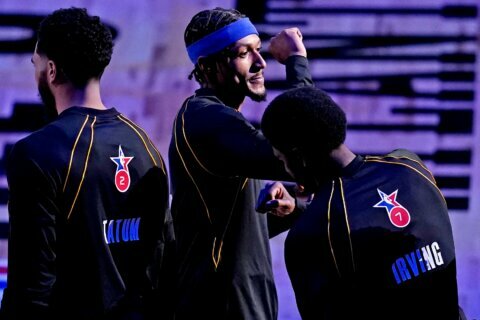 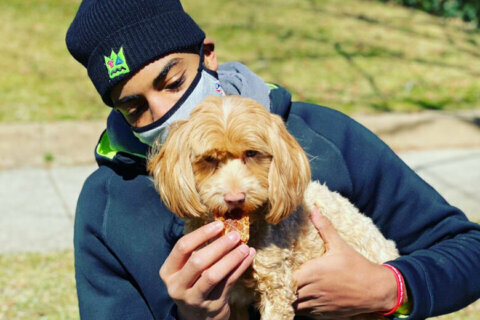