Wizards All-Star guard Bradley Beal has agreed to a deal that extends his contract two years.

The new deal will keep Beal with the Wizards through the 2021-22 season with a player option for the 2022-2023 season. Beal’s new deal guarantees him nearly $130 million over four seasons, ESPN reported.

An All-Star guard coveted by many teams, Beal will be off the free agent market for at least the next three seasons, including what’s expected to be a free-agency bonanza in the summer of 2021.

But he could opt out of the deal in the summer of 2022, coinciding with his 10th year in the league, and that would make Beal eligible to sign a new deal worth in excess of $250 million over the next five seasons.

Beal has played more minutes than any other NBA player in the last two regular seasons, is one of only five players to not miss a game in that span — and is the lone player to have started all 82 games in both of those seasons.

He was 12th in the league in scoring last season, at a career-best 25.6 points per game. And he will be the centerpiece again for a Wizards team that’s without point guard John Wall for the entire season as he recovers from an Achilles injury. 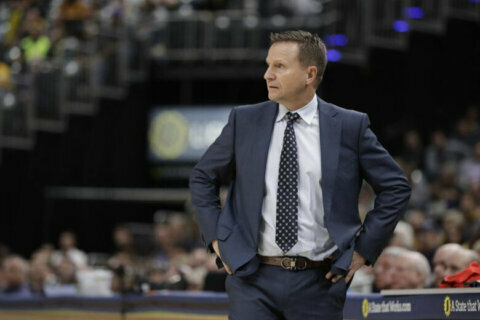