Redskins open up home schedule Sunday — but will fans show?

Barring a last-minute ticket grab, there will be seats available for the first time in generations when the Redskins host the Colts this Sunday.
Listen now to WTOP News WTOP.com | Alexa | Google Home | WTOP App | 103.5 FM

WASHINGTON — Barring a last-minute ticket grab, there will be seats available for the first time in generations when the Redskins host the Colts this Sunday.

Until recently, that would have been a problem for a Redskins fan wanting to watch the game on TV — but the NFL’s policy of blacking out home games that haven’t sold out has been discontinued.

Nearly every sport in most cities are seeing declines in sports event attendance, and, with a few exceptions, the Redskins haven’t been immune to that trend.

It’s been years since the team have been consistent winners, and the viewing experience at FedEx Field often gets negative feedback from fans — despite being one of the most expensive in the NFL.

Still, team president Bruce Allen feels confident that success is on the horizon.

“The only thing we can do is go out there and try to prove we’re the best team,” Allen told WTOP on Friday. “The game days do it … if you work hard and give everything you have on Sunday, we’ll probably like the results.”

On the field, the team believes new quarterback Alex Smith will help deliver on much-awaited results.

“From the day Alex came here, not only did the coaches embrace him, but his teammates embraced him,” said Allen. “He brings a lot of great experience. Obviously he’s got talent. He led the league last year in passing and we’re just trying to put some pieces around him and create that winning combination.”

Season ticket holders will also receive a complimentary subscription to NFL Redzone, a special TV channel that showcases only the most exciting and vital moments of a game.

But it remains to be seen whether the changes will have an appreciable impact on fan turnout. For the first time in more than five decades, several tickets remain unsold — and fans are increasingly moving to TV and the internet as a way to keep up with their favorite teams. 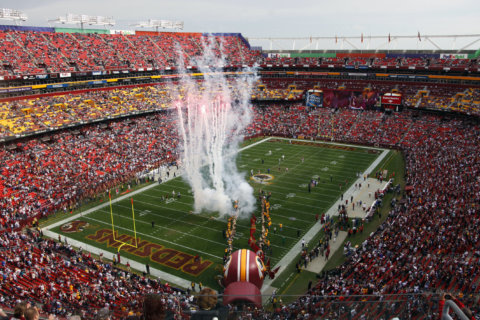