Working his way back from injury, Thompson has high hopes for season

The Redskins running back was having his best season when it ended in Week 11 due to a leg fracture. With training camp in full swing, he's eager to work with a new quarterback and thinks "we're capable of being the best."

RICHMOND, Va. — Redskins running back Chris Thompson was having his best season as a professional when he fractured his fibula in Week 11 last season in New Orleans.

Coach Jay Gruden mainly used Thompson as a third-down back in his offense. Thompson finished his season with 294 yards and two touchdowns on the ground. He had 510 yards and four touchdowns through the air averaging 13.1 yards per reception.

He was on pace for career highs in attempts, receptions and touchdowns.

“We were onto something big last season,” he said. “For me, it was a good run. I wanted to be able to finish with Kirk [Cousins] not knowing what was going to happen. I made the most of those 10 games I was able to get with him.”

Then came the tough part: sitting out and watching the rest of the season.

“By far, one of the toughest injuries I’ve had as far as rehab and recovery goes,” he said. “Having to sit back and watch my guys play while I was stuck in the house just sucks.”

Thompson was one of 24 Redskins players to finish the season on injured reserve, and the team limped to a 7-9 finish.

He knew that he had a chance to be ready for this season if he took the recovery process slow and listened to all involved to make sure he was ready.

“It’s tough,” he said. “Just being able to control my emotions, and I’ve had to work on being patient. I want to be out there every single play. I won’t hit a year of recovery until the middle of the season, so leading up to that point I need to be smart.”

Thompson also knows what he means to this team and to the coaching staff. Gruden went out of his way on a number of occasions last year to praise the running back and say how much he’s meant to the team. Thompson noticed that while lying on the field in the Superdome.

“To see every one of my teammates, when I got on that cart, come up and shake my hand and let me know they were praying for me was huge and meant a lot,” he said.

Alex Smith and this year’s team

Not only is Thompson trying to come back from injury, he’s having to adjust to a new quarterback in the huddle. There has been a lot of comparison in camp between Cousins and Alex Smith. Players have commented on how quick Smith has picked up the offense and how he is a natural leader.

As for Thompson, he has noticed a lot of the same traits from his new QB.

“His attitude, his demeanor, everything about him,” he said. “He fits right in, and it’s [as] if he’s been here forever. It’s good for our team. He loves it here, and you can tell.”

On the field, he has noticed that Smith has been quick to adapt and command the huddle as a leader.

“I know Coach Gruden wanted to have a guy come in and grasp the offense pretty well and be a really good quarterback right off the bat,” Thompson said. “Alex has been a guy that has proved himself over the last 14 years he’s been playing.”

Every team comes into training camp and feels optimistic about a new season. The Redskins showed signs of being a good football team last year when everyone was healthy. They were in almost every game, and the players believed they could beat anyone.

Thompson has allowed himself to take a step back and look at what the potential is for the 2018 Redskins.

“I look at it all the time,” he said. “I’m going to throw it out there: I think we’re capable of being the best. I think this is, as far as talentwise, one of the best groups I’ve been around. We just have to find a way to put it together, and if we can do that and do it on a consistent basis, then we can be at the top of this league.”

Oh, and in case you had any concern about whether or not Thompson was going to be on the field in Arizona for Week 1…

“I’m playing,” he said emphatically. “The whole being 100 percent is a feel. Once you’re a year out [of surgery], you stop thinking about it and really start to feel good. Everything is completely healed. But at that point, I know it will be at a point mentally that I almost forget I even had surgery. Any game they want me to play in, I’m playing. So, there’s no doubt about me playing in Week 1.” 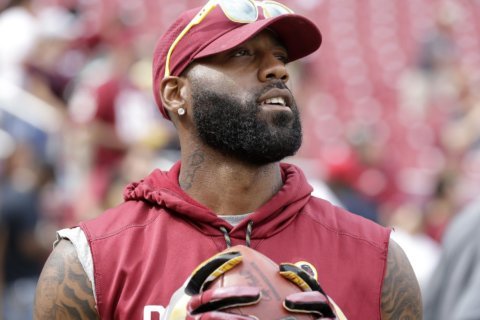 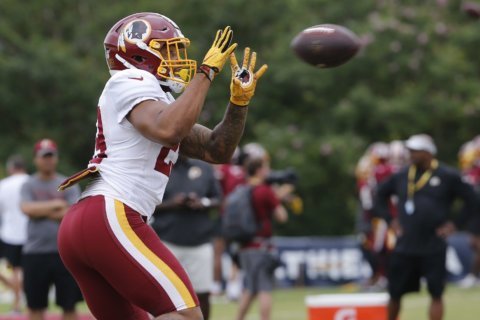