The Washington Nationals have agreed to a one-year deal with veteran catcher Alex Avila, The Athletic’s Ken Rosenthal reported.

Avila, 33, is set to enter his 13th season in the MLB after breaking into the league in 2009 with the Detroit Tigers. Avila was originally selected by Detroit in the 34th round of the 2005 MLB Draft.

The catcher’s best season came in 2011, when Avila hit .295 with 19 home runs and 82 RBI. The performance was good enough for Avila to be an All-Star and earn a Silver Slugger award. However, since that season, he’s been unable to duplicate the production.

Besides his time in Detroit, Avila has bounced around to the Chicago White Sox, Chicago Cubs, Arizona Diamondbacks and most recently the Minnesota Twins. In 2020 with the Twins, Avila hit just .184 in 23 games.

Though Avila only spent part of a season with the Chicago Cubs after being acquired at the trade deadline, he does join a growing list of former Cubs to head to Washington this offseason. The catcher will also see some familiar faces on the Nationals as he re-joins teammates he’s had over the years.

His connection with Max Scherzer is noteworthy, as Avila caught the Nationals’ ace for five seasons when both were in Detroit. That includes Scherzer’s Cy Young campaign in 2013. That familiarity could lead to Avila becoming Scherzer’s catcher every five days, something that has become more common in the game as of late.

For the Nationals, Avila will most likely serve as the backup option to Yan Gomes as Washington continues to deploy a platoon at the catching position. As a left-handed hitter, he has a chance to earn more appearances against right-handed pitchers with some strong play.

In recent seasons Kurt Suzuki acted as Gomes’ counterpart but he is now a member of the Los Angeles Angels after signing a one-year deal this offseason. 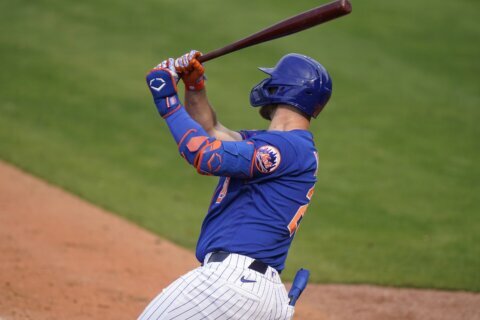 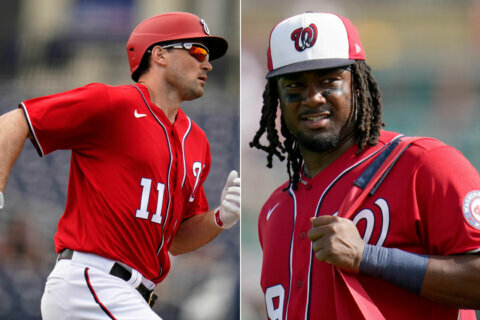