WASHINGTON — For the third time in six years, Sports Illustrated is picking the Nationals to win the World Series. Unfortunately, the SI jinx has worked to perfection thus far on a team that has been unable to get out of the first round of the playoffs.

Back-to-back Cy Young Award winner Max Scherzer wasn’t shocked when he was informed that the Nats were picked to go all the way.

“That doesn’t surprise me,” he told WTOP. “I feel we have a team that can compete with anybody. That’s great, but I know how much work we have in front of us.”

Hopes are high once again on a team that made few offseason moves.

The biggest change came at manager. Dusty Baker is out, Dave Martinez in. Dusty won 95 and 97 games during his two seasons at the helm, but playoff shortcomings were his undoing.

It was the same fate that befell Davey Johnson and Matt Williams before him. So can an untested rookie manager get the team over the hump?

To try to turn that negative to a positive, Martinez poked fun by bringing camels to West Palm Beach one day early in Spring Training. Overall, he was happy with his first spring as a big league skipper.

“We had a great camp, had a lot of fun. They all got their work in, they’re all healthy, so we’re ready to go,” he said.

“He did a great job of keeping it light and at the same time it was a very businesslike atmosphere,” said Wieters. “We all have a big goal in mind in this clubhouse.”

The optimism of a new season is the salve for the sting of last year’s playoff disappointment. To a man, each player prefers to look forward. Not only do they have something to prove as a team, but almost everyone individually as well.

Plenty are coming back from injury. Starting at the top of the lineup, left fielder Adam Eaton is hungry to bounce back from a season cut short after just one month due to a torn knee ligament. Shortstop Trea Turner is anxious to see what he can do over a full healthy season after a pitch broke his wrist, sidelining him for two months. And second baseman Daniel Murphy will be playing on the final year of his contract once he fully recovers from knee surgery.

Speaking of contracts, right fielder Bryce Harper is playing for a monster one. He appears very focused and didn’t have time for questions about his upcoming free-agency after the season. Matt Wieters is also slated for free agency after the season as he tries to bounce back from his worst offensive year. And first baseman Ryan Zimmerman is looking to continue the success of his career year, which came after his worst season in 2016.

For the first time in his career, Michael A. Taylor will be starting on Opening Day. Last year, Taylor sparkled defensively in center field and took big steps offensively at the plate. But while that gave him a big confidence boost, he knows Brian Goodwin is ready in the wings to grab the job if he falters.

The Nationals are built around their pitching, and they may have the best one-two punch in baseball at the top of the rotation with Max Scherzer and Stephen Strasburg. However, after that, two starters seem to be stuck in limbo and a third is beginning his first full season in the majors. Gio Gonzalez was a 21-game winner his first year with the Nats in 2012, finishing third in the Cy Young race. Five years later, he had his best year since, clearing 200 innings with the Nats for the first time posting a solid 15-9 record and 2.96 ERA. Will he give the team a third ace atop the rotation again?

Tanner Roark appeared poised for a breakout year in 2017. But after a terrific World Baseball Classic, he had an up-and-down season, finishing at 13-11 with a 4.67 ERA, nearly two runs higher than his 2016 total.

The rotation could be dominant throughout, or it could be top-heavy. Jeremy Hellickson, Edwin Jackson, Tommy Milone and prospect Erick Fedde are insurance in case anyone stumbles.

Backing up the starters may be the real strength of the Nationals, which has been a weakness in past years. The back of the bullpen returns with Brandon Kintzler and Ryan Madson setting up closer Sean Doolittle. All three joined the Nationals at the trade deadline and Doolittle says they’re ready to do their part again.

“We came together really well in the second half of the year. We had a chance to work all spring knowing our roles, knowing what we’re going to be called upon to do. That’s such a little thing, but it makes such a big difference knowing how to prepare mentally and physically,” he said.

The Nationals also have lefties Enny Romero and Sammy Solis in the bullpen. Romero has electric stuff — if he can keep it under control — and Solis has all his pitches working after struggling through a nerve issue in his arm last year.

The Nationals certainly have all the ingredients for another successful season. Even with all their injuries, they still won 97 games last year. The National League East should be better this time around if the Mets can stay healthy and the Phillies on the rise.  With all the question marks looming after 2018, this may be the Nats’ last best time to shine.

Will it be their time in October as well? 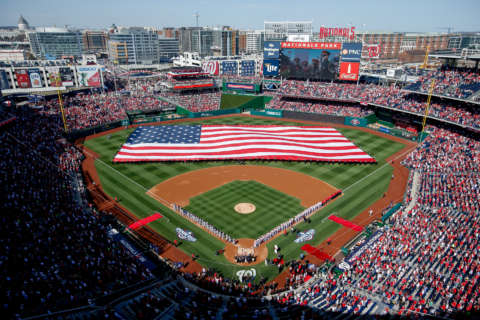 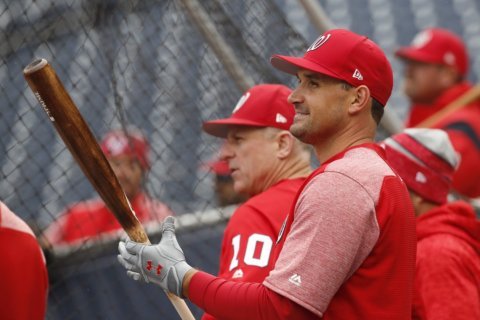